Tirana is the largest city of Albania and its capital concurrently. A roaring city full of life, Tirana has collected in her bosom almost of 40% of the population living in Albania, who see the capital as a better opportunity for life and their future. Tirana is also the main administrative center, where are located almost all state institutions such as Presidency, Prime Ministry, the Albanian Parliament, the Supreme Court, the ministries and other state institutions of the second and third level. In Tirana are also located all diplomatic representations of states with which Albania has diplomatic relations, and the headquarters of the political institutions of Europe. Tirana is the largest center of education in the country, with a University Corpus involving all branches of education, but also with a number of private universities, which operate in recent years. 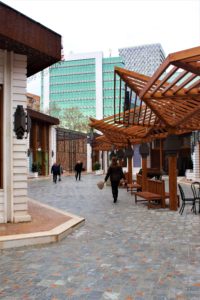 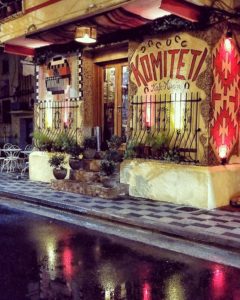 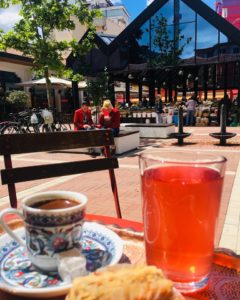 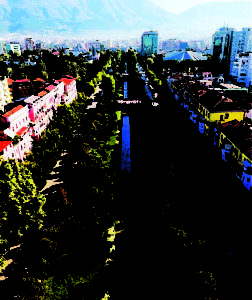 Tirana is the capital of art and active life, with major cultural institutions like the Opera and Ballet Theatre, the Academy of Arts, National Theatre, Art Gallery, Palace of Concerts, Etc.., and develops a rich cultural life, with an artistic agenda well determined, which starts in September and ends in early summer. Tirana is the mixing of different cultures province, because of its heterogeneous population, which has brought a bit of culture and traditions of country or area of origin. This is clearly reflected in the variety of cuisine in various restaurants, in the decoration of houses, and even the way of dressing, which is prominent mainly in the northern suburbs of the capital. But Tirana reflects radiation at the same time of culture and experience of the world, bringing out of those who lived abroad and work for years around the world, creating an endless variety of activities, names, shapes and colors, with the real trends of a metropolis. Tirana capital may be the world champion who holds the foreign language names for naming a business. Fan colored palaces and the buildings of Tirana, have  made the world did lap after the year 2000 when the charismatic and the much talked mayor Edi Rama decided to wear a new coat on old clothes with painted facades of the palaces of the time of communist regime compresses colorful figures. The capital of Albania is a true metropolis that plays an important role in the life of all Albania. Welcome to this capital, where life expands in her every cell.

Tirana was established in 1614 by Sulejman Pashë Bargjini, a native feudal lord from Mullet. He built dhe first edifices in the city. Yet Tirana is first mentioned as an inhabited settlement in the Neolithic period. Remains of a 14th century B.C. castle, can be found at the foot of the Dajti Mountain. It is believed to be the castle of “Tirkan”, mentioned by the Byzantine historian Prokopius. In the year of 1920, The Congress of Lushnja declared Tirana as the provisional capital of Albania. The full status, it gained in 1925. Continuing to grow up rapidly, Tirana is today the largest trading and administrative centre of the country. It has many comfortable hotels, as well as restaurants, pubs, disco-clubs, entertainment centres, etc. It also offers a several facilities for conventions, seminars, symposiums and conferences.

The three hypothesis for the origins of Tirana’s name 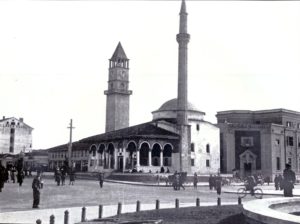 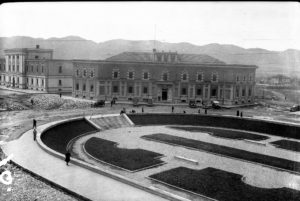 1- “Tirana “, it is thought that comes from the word “ Theranda”, mentioned in the ancient Greek and Latin sources, that aborigines called Te Ranat, because the field was formed as a result of stiff materials that the waters from the surrounding mountains brought.

2- “Tirana“ comes from “Tirkan“. Tirkan was a castle in Dajti‘s mountainside. Even nowadays, there exist the ruins of this ancient castle that dates with the beginning of the I-century B.C. This is thought to have been the castle that the Byzantium historian Prokop (VI-century) called the Castle of Tirkan.

3- “Tirana“ comes from old Greek, “Tyros” which means dairy. It is thought that this variant remained, because in the field of Tirana, the shepherds of the nearby areas used to trade dairy products.

For the first time Tirana’s name in the nowadays form was mentioned in 1418 in a Venetian document.

For the first time the registration of lands was done under the ottoman invasion in 1431-1432. Tirana had 60 inhabited areas with near 1000 houses and 7300 inhabitants. In the XV -century as Marin Barleti mentions, there was Tirana e Madhe and Tirana e Vogël (Big and Small Tirana).

To have a clue about the possibilities of entertainment you have to ask a human guide for all the green crown of Tirana, mostly during the spring and autumn. Away from the noise you can ride, run, organize picnics, feed healthy, swing at the numerous resorts, explore the zone full of natural attraction, trek at the mountains etc.  But if you want to stay inside of the capital, there are other nice alternatives for your free time.

In Tirana you will find a lot of places which offer you every kind of music. Night clubs, pubs, bistro, disco, jazz clubs, lounge bars, are placed on the main streets of the capital, to offer you the diversity of the choices. You can imagine that the most frequented season are from autumn till next summer, because of the sea, which takes away all the activities during the summer. We can say that Tirana is the most nocturnal city in Albania, because of the concentration of populations and business activities.

What to visit in Tirana

The monument of the national hero, Gjergj Kastrioti Skanderbeg, in the square with the same name. in this square one finds a number of religious and historical buildings, like the Mosque of Ethem Bej, The Clock Tower, 35 m high, built in 1830. From the top of the tower, which is open for the visitors, one can injoy the view of whole Skanderbeg square.

Worth visiting also, are: Ura e Tabakëve (a bridge, belonging to the first half of the 19th century), a fragment of the castle of Justinian, near “Millennium 2” movie theatre, as well as the monument “Nënë Shqipëri” (Mother Albania”, at the cemetery of the National Martyrs, located to the southeast.

Taking a stroll in the Grand Park of Tirana is always very pleasant. The Park lies in the southern part of the city and extends over an area of 230 ha. An artificial lake, lies in the middle of the Park and occupies 55 ha of surface. 120 type of plants, decorative shrubs and flowers, grow in it.

Not far from the city, the visitors can enjoy the mountain tourism. 25 km to the east of Tirana, is the Dajti Mountain, where one can spend holidays and engage in various activities like trekking, excursions, sky sports, ski etc. the National Park of the Dajti Mountain, has a rich plant and animal life. The clean environment attracts a lot of visitors throughout of the year. Dajti is equipped with a cable-car line, which goes on the top enter 15 minutes and offers to the visitors a fantastic panorama of the land, under the mountain.

The Plain of Biza, at an altitude of 1000 meters above the sea level, located to the east of the city, in the region of Mali me Gropa (the Mountain of Holes), is an attractive destination, far from the noisy of the metropolis.

The castle of Petrela is located 15 km to the south of Tirana. It is known as an ancient settlement 2000 years old, built by Illyrians of the Alban tribe, commanded by Glaukius. In the medieval times, was commanded by princess Mamica, the sister of the national hero, Skanderbeg. The castle was part of the alert system for the castle of Kruja. Later on, it belonged to Topiaj family, who was the leader family of Tirana during the Mediaeval  Period.

Another medieval castle, belonging to the 15th century, is located, above the village of Preza, to the northwest of Tirana, near of the Rinas Airport. The castle of Preza, like that of Petrela, was part of the alert system for the castle of Kruja. The village and its castle, offer to the visitors an attractive and charming sight. In that place you can go to enjoy a lunch or adinner with your friends, in a nice atmosphere, next to the history and nature.

An interesting karsts cave, called the “Cave of Pëllumbas” or the “Black Cave”, can be found to the southeast of Tirana, on the sides of the ravine of Skorana (Erzeni River). Situated only 18 km from Tirana, it is worth visiting by those interested in speleology. Lastly the Outdoor Albania association has worked on, to build a new path, easier to pass through, which helps the visitors to go to visit the cave.

Tirana is really a one of the most special capitals!