Home » Made in Albania » “Shkodra Official Tourist Brand”, an absolute novelty in the Albanian tourism market

“Shkodra Official Tourist Brand” comes as an absolute novelty in the Albanian tourism market, when for the first time, a well-identified territory such as the Municipality of SHKODRA presents the tourist brand of its territory.

In our city, tourists comes and look for original and local souvenirs, and what they find are often neither domestic production, or belong to national themes and motives, so, there is “very little Shkodra in them”.

Here begins the creativity brought by the local NGO – Mandarina Project for Shkodras Municipality with its new tourist brand called “LULEBORE” (Ortensia Flower), which is a well-known flower for everyone, but in the Shkodra territory, Lulebore is the essence or the noble spirit of Shkodrans (citizens of Shkodra), is the city’s soundtrack, is the beauty embryo of every home, the freshness and perfume of every garden, the hospitality and generosity of every Shkodran family, that is why it was proposed to be the TOURISTIC BRAND of this city.

The brand takes on the origin from the petal of lulebore, which itself symbolizes each of the beauties, features, attractions or culture elements of this city and is finalised with its emblem shape.

Inspired by freshness and interpreted in a contemporary, colorful, pop art style, it seeks to attract the publics attention, from the youngest to the oldest, by preserving the originality of the objects and elements it symbolizes.

Inspired by freshness and interpreted in a contemporary, colorful, pop art style, it seeks to attract the publics attention, from the youngest to the oldest, by preserving the originality of the objects and elements it symbolizes.

In this creative style were brought into attention and reinterpreted some of the most beautiful elements of urban design of Shkodra, starting from the bicycle or the sound of its bell; the water pump or the door nocker; the water well or the umbrella that does not separates from the hand; from Carp fish to the famous design of Dugajte e Reja or the Grand Cafe, as well as many other elements that have been preserved to show in continuation.

There are many of Shkodra sayings, proverbs, jokes and fine humor, among which we can cite one, brought up with autoirony and humor spirit: “If you are Shkodran, then you can do everything.”

LULEBORE Brand is an official brand, registered with all rights reserved.

“Shkodra Official Tourist Brand” souvenirs are produced with a lot of mastery and passion, mainly by artisans and modern industrial manufacturers, local artists or photographers. Through them, the city of Shkodra benefits at the same time many things, not only the economic growth, but also a series of touristic products cured in every detail, which carry and follow the values of the territory and culture of Shkodra, through a unique brand that characterizes, unites and promotes them in the most wonderful way around the world. 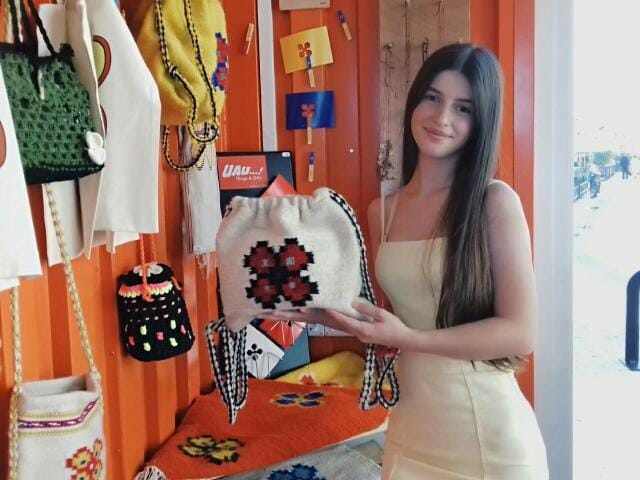 The other absolute novelty that is brought is the presentation contenitor where souvenirs are exposed. Called the ConTemporary Project Shop, which is a refurbished, open and transparent container from side to side, without losing the details of its industrial form. Just like the container that moves products all over the world, it becomes and expositive area for the tourists which are travelers themselves. This container is selected to welcome Shkodra’s touristic products and souvenirs. Is contemporary, which means is modern and also temporary, not forever there, but is a moving one to where it better performs its function, promoting the city.

Mandarina Project, under the creative direction of Entoni Jubani, well-known in this field for other successful territorial marketing experiences, mentioning the Vlora region South Albania with the slogan Inspires You; that of the Vlora Municipality: Vlora – Make You Feel Number 1 and later Vlora – It’s easy to fall in love; Pro Përmet; BID Shkodra; BID Korca; TID Kruja; TID Berat are some of the creative projects of touristic and territorial branding, well-known success stories in our country.

Special thanks goes to Shkodra Municipality, EU and UNDP, that evaluated and selected our project.

Without forgeting to thank all the creative and organizational people that enabled this project as Elton, Suela, Xhina, Marsela and Esmeralda. 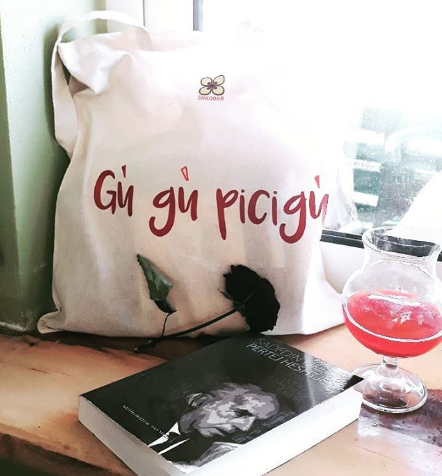