Shall we take a walk at Tirana Castle?

Home » Wonders » Albanian » Shall we take a walk at Tirana Castle?

Whenever a new recreation space is created in the Albanian capital, the question arises: Will this new space be liked by the tourists? Will it be visited? So it happened with the New Bazaar and not only was wlcomed but immediately became the first of recommendations and impressions of foreign tourists as the newest destination to visit in the Albanian capital. 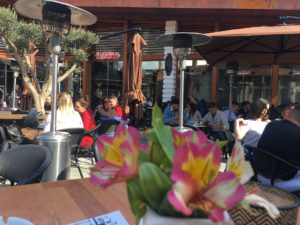 A new space for tourists

The Castle opened to visitors in December 2018. The Bazaar (Çarshia) of the castle is the newest added jewel in Tirana, following the reconstruction of the New Bazaar and Skanderbeg Square. It is a space that intertwines the old with the modern, which will serve as a culinary environment for traditional dishes, and as an area hosting culture and art.
Inherited by the Toptani family, the castle, now restored to its cultural origins, is more modern and more accessible for the community at large. The Tirana we love continues its transformation day by day. 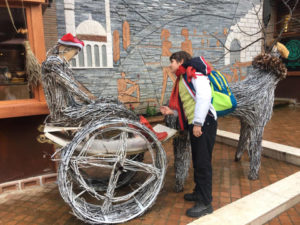 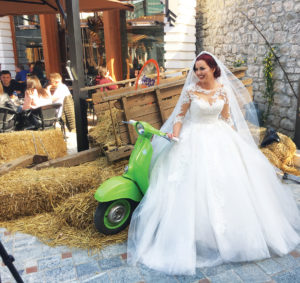 Not only has Tirana’s most prestigious space been uncovered and curated but has also become an accessible point for both citizens and domestic and foreign tourists, thus transforming the capital of Albania into a diversified décor. This is a joint investment of the Municipality of Tirana and the Toptani Family.
This cultural and commercial space contains souvenir shops that focus on Tirana’s history, mosaics, traditional restaurants, various businesses etc. In order to make it accessible for visitors, a new pedestrian street connects the castle with the Middle Ring Road and Elbasan Street.

In an attempt to turn them into a favorite area for tourists, the new space was immediately occupied by businesses or local shops, handicrafts, traditional culinary and handmade products. The names already known as “Luga e Argjendtë”, Çobo Winery or even younger ones as EDUA, immediately became popular and cose to them,  the bars, the souvenir shops or small craftsmen are peddling their handicrafts in order to offer souvenirs for tourists, luxury goods or quality products or jewelry.

Tirana Castle is the only castle in the heart of the Albanian capital. The fortress is the place where the main East-West and North-South roads crossed, and it formed the heart of Tirana. It dates back to 1300, is 6 meters high and belongs to the Byzantine period. Tirana Castle is near Skanderbeg Square, in the city center. The foundations of the walls, recently discovered, have been included in the Murat Toptani promenade.

The castle was a road station of the Mansio-Mutatio type along the Via Egnatia. It was the center of a settlement named in a variety of names since the first centuries of CE. Tirkan (IV century CE), Tergiana (1297), the time when it became the seat of the chancellery of its ruler, Charles I of Anjou, and in today’s form Tyranna (1505) according to historian Marin Barleti. This toponym still needs to be clarified. However, the castle, the most ancient testimony of the city, is located exactly on the spot where the old and new roads crossed connecting the capital and then all of Albania; north with south, east with west. The premises of Tirana Castle include several traditional houses, which have established the style of Tirana’s traditional architecture. The buildings within the castle have been the residences of the families that have ruled the city. Therefore, experts think the buildings served as the seat of the first local administration. 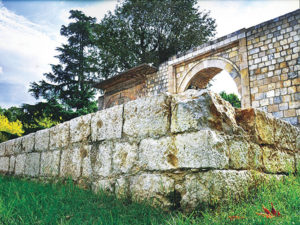 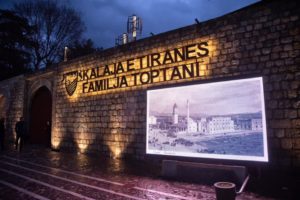 Tirana Castle was and remained the historical nucleus of the region of Tirana and an administrative seat during the Middle Age.

It continued to exist as such in the XVII century, when the city of Tirana expanded around it, consisting of a traditional center with the kullije (socio-cultural complex) built by Sulejman Pasha, the craftsmen market in the north, the Namazgja and the Tabak Bridge in the east, and with the government buildings inside the yard of the castle.

On the two other sides, the fortress was elevated on the banks of the Lana River. There is an opinion that in 1640 Ahmet Bej started construction works on the perimeter walls of the castle, elevating them to the height of the antique structures. He also constructed the long tower that partially is still in good shape. The castle suffered damages once again during the inter-feudal wars of the XVIII century, when the troops of Ahmet Kurt Pasha of Berat fought with the Bushati Family that ruled the Pashalik of Scutari. The people of Tirana, enclosed within it, protected themselves with heroism and none of the warring sides occupied the castle. The firearms turret system at the highest part of the surrounding walls belongs to this period.

After 1814, Tirana Castle became the residence of its new rulers: the Toptani Family from Kruja, who built two other buildings, one as their residence and the other for receptions, which have survived to the present. The castle sustained the biggest damages in the XX century, when it lost its original defense function. It lost part of the surrounding walls and the few remains do not offer any hint regarding its full stylistic formulation.
However, it still remained a government residence or the most prominent place for them, even nowadays. 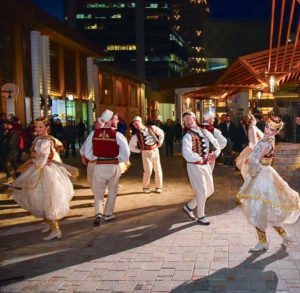 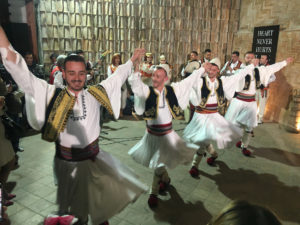 The Castle as cultural heritage

Tirana Castle is a monument of cultural heritage in the district of Tirana, based on a decision dated 10.06.1973.
The site of the castle hosts today the Academy of Sciences, the National Assembly and the National Gallery of Arts. The Municipality of Tirana and the Institute of Cultural Monuments have devoted a crucial attention to this fundamental monument in the governmental program “Return to Identity”.
Considered in this light, Tirana Castle has been the historical and cultural nucleus of the capital, and it deserves such a treatment in our era too.