Qeparoi, the place so much loved by French people

Home » Articles » Qeparoi, the place so much loved by French people

Qeparo is a beautiful Albanian village, which has maintained its form through centuries of political turmoil, and bears a weathered, wizened, and calm feeling, as if nothing could phase it. To walk through Qeparo is to encounter ways of life that have been lost for a century. The village rises on a rocky ridge about 300 meters above sea level, having a castle like urban setting. In comparison with other villages of the coast, it has the best preserved traditional architecture and urban fabric.

The old village impresses with the stunning beauty, the harmony with the terrain and the stone houses with their typical traditional architecture, as in other coastal villages. It is very well preserved, in spite of the fact that a number of historic houses are being abandoned. The built environment is compact and produces particularly interesting typologies of open and close spaces, routes and connections. The way how houses come together, looking from above one another, and the inner garden space it`s impressive. 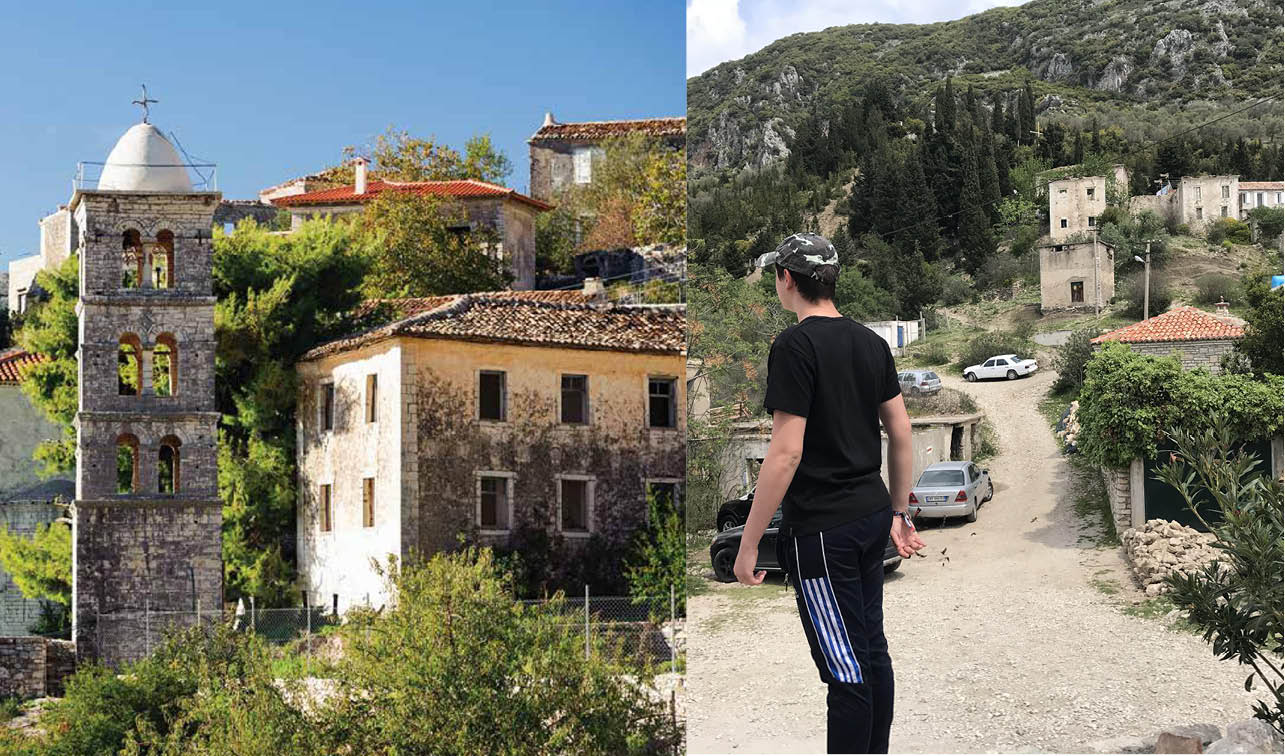 Qeparoi is often mentioned today as the village for which the French people are fond of. Probably because most of the inhabitants emigrated quickly and those who settled in France, came here with some of their French friends. Probably because the groups of tourists, although not very large, are dominated mainly by the French, who then spread the word word of mouth that somewhere in a small country of the Western Balkans called Albania, we have seen a small village as an enchanted castle and where almost no one resides. The village is of a rare beauty and they do not understand why the inhabitants have abandoned it, while they themselves, the French, would gladly buy any of those stone houses where now no one lives. 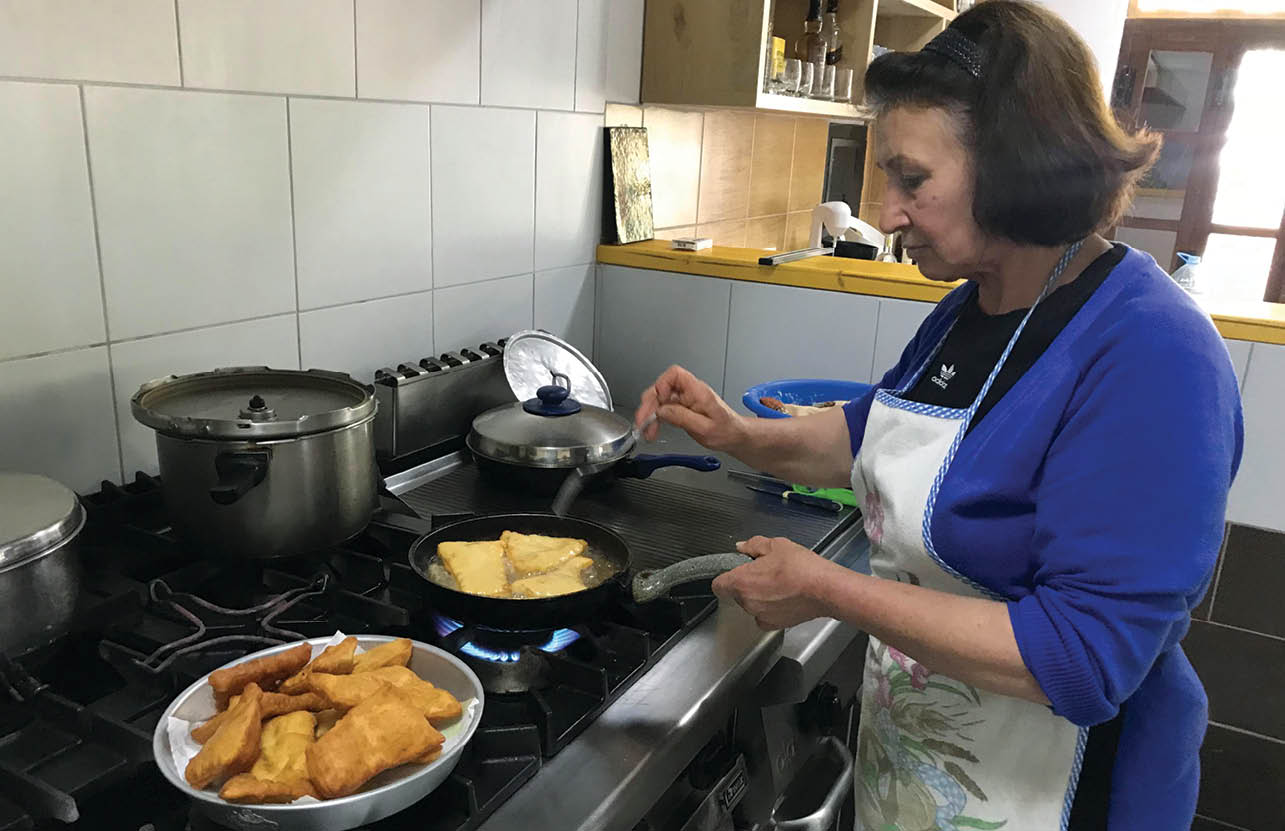 You can hear these stories today from Veronica, who can tell you theme even while she is making the typical South pancakes, called “Kila”.
Veronika and her daughter Panajota, will be waiting for you this summer at “The Plane tree of Qeparo at the entrance of the village, for a coffee, to relax and to sleep, for a lunch with fresh country meat and cheese made from the cattle of the area but also to learn about stories from the village-castle that has fascinated travelers and historians with its unique architecture and rare facts that come deep from history. How, for example, Qeparoi and the people of Qeparo never speak Greek with foreigners but only Albanian, in the beautiful and dancing dialect of the Coast. 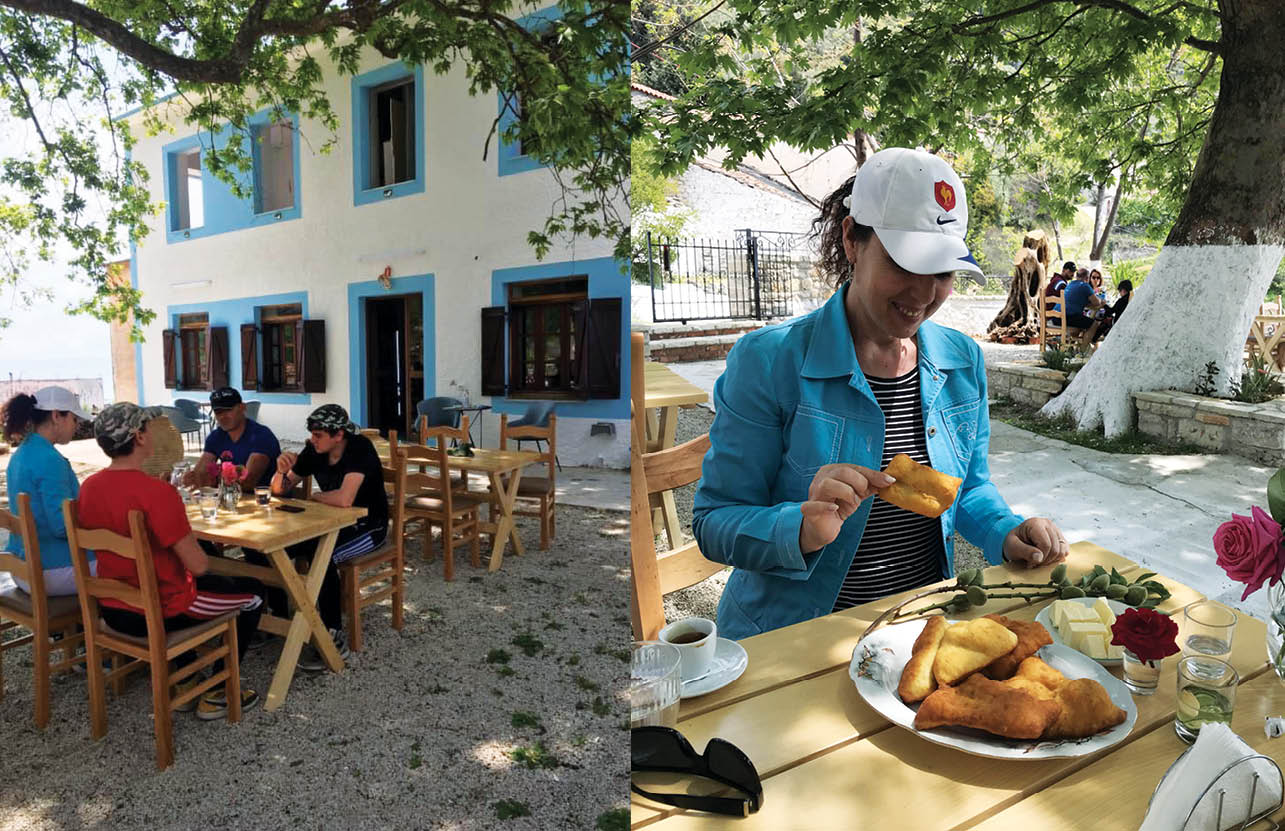 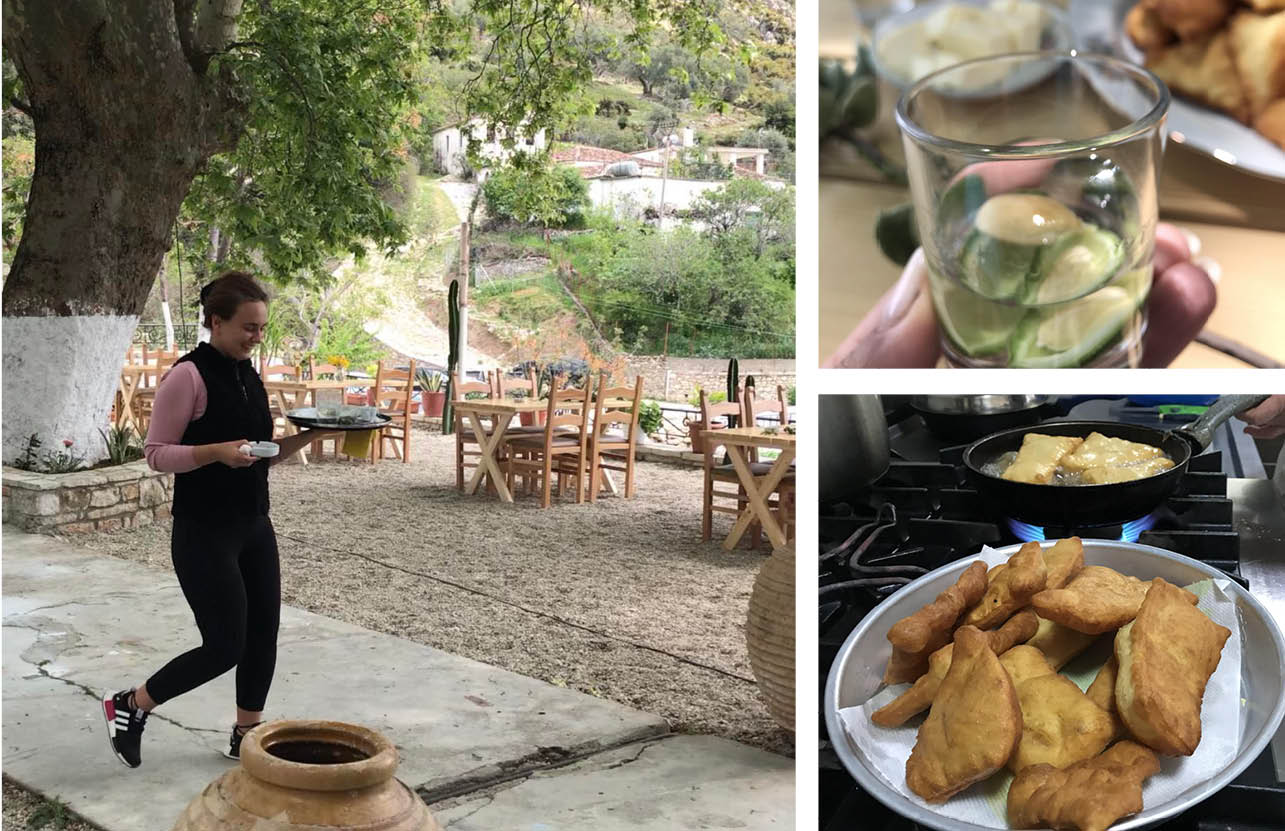 If everyone has left, Veronica and her daughter are among those who have returned. And they hope that many more “Qeparotas” will return, to give life once again to their magnificent castles, which all face the sea but with their head high on the mountain, within the bay of the Akrokerauns. But for Veronika to stay, she needs friends like you, to go there, to visit the village, to try her cooking, to stay one night in the guesthouse and why not, to bring your friends next time, that also more residents can return and give life to the abandoned houses. 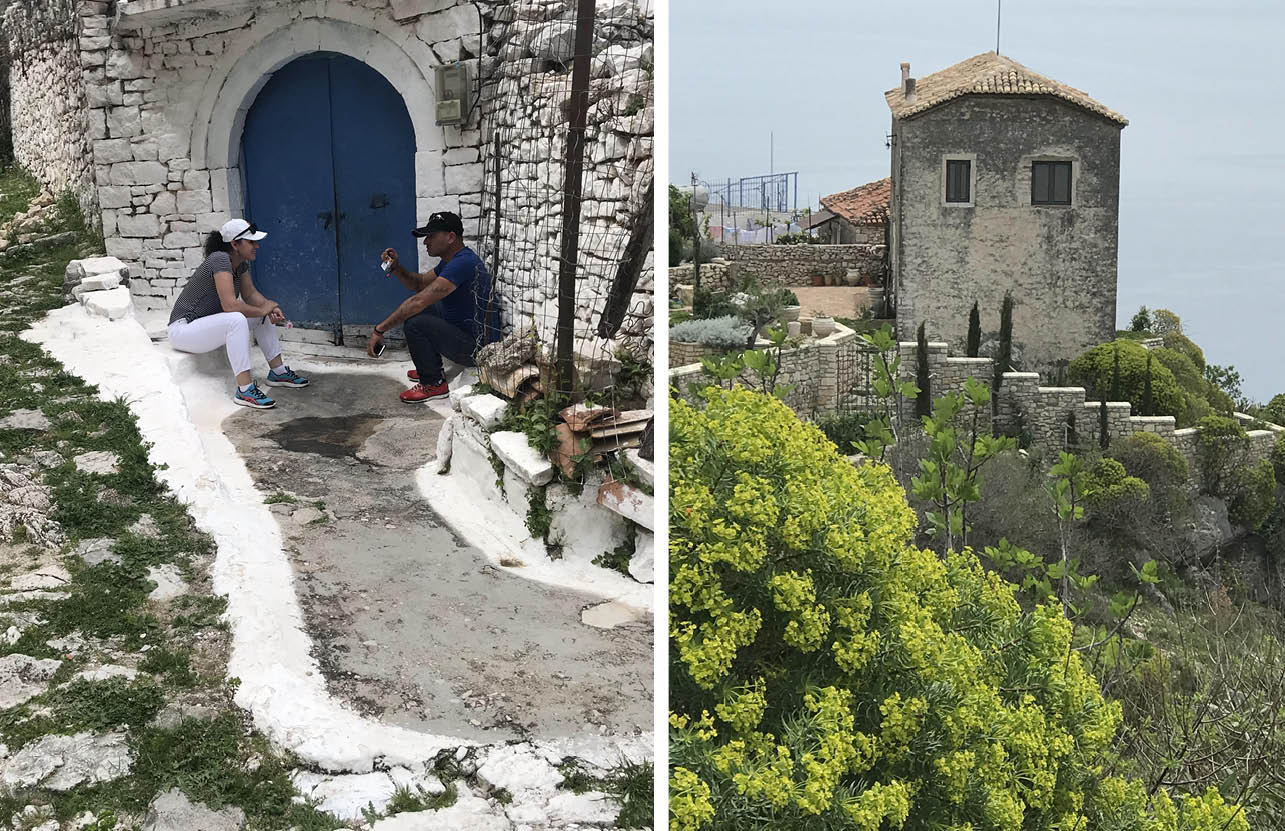 And before you depart toward Qeparo, call Veronica on her number 069 515 6062, so that when you go there, you will find the pancakes ready. What about raw almond brandy, have you ever tried it?

What you shouldn`t miss
Qeparoi could very well be the place of your vacation with the family, who would be spent among the quiet beaches, evening walks and the feelings of deep peace that only nature gives. But if you have not chosen to stay there, you should definitely enjoy a lunch or even a cocktail at Valta Hotel, a structure that so well suits the Mediterranean style and its atmosphere in every its detail. 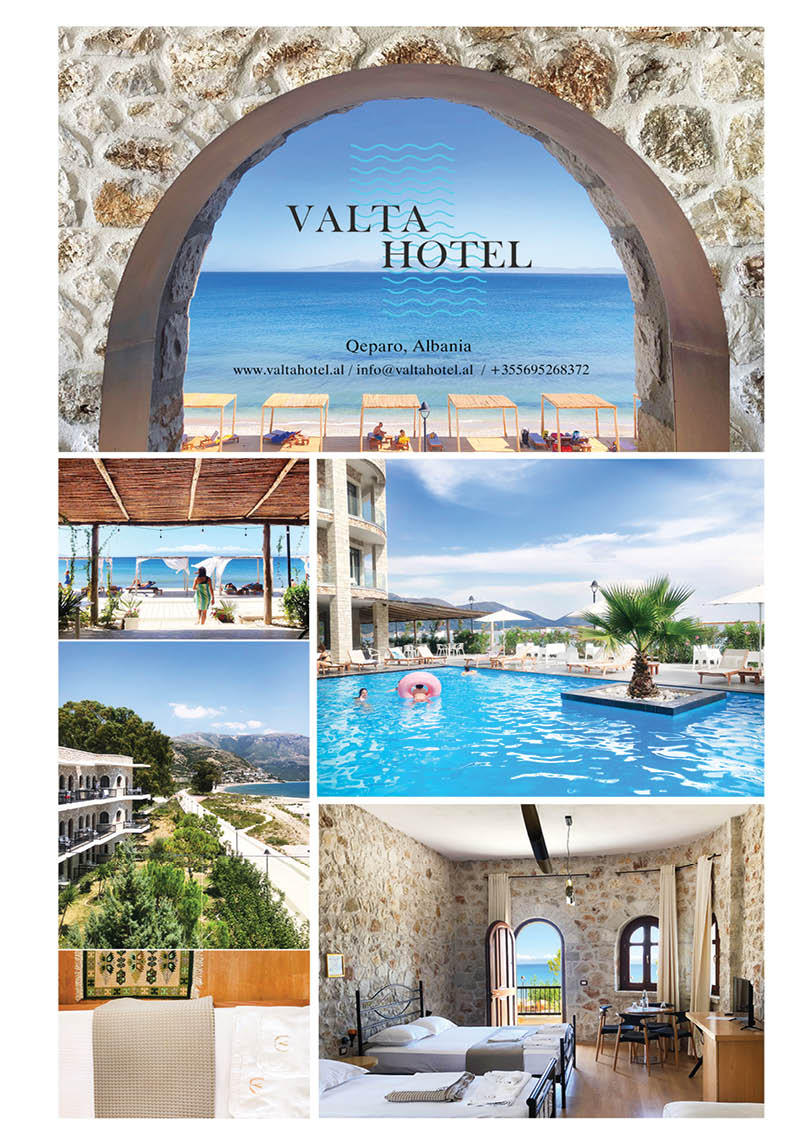