When you arrive in Burrel and ask yourself about the places you can visit, almost all Mat-ians will suggest the Macukull village. You hear the name and remember that somewhere, sometime, you have heard about it, maybe in a movie from the time of Kinostudio “New Albania”. 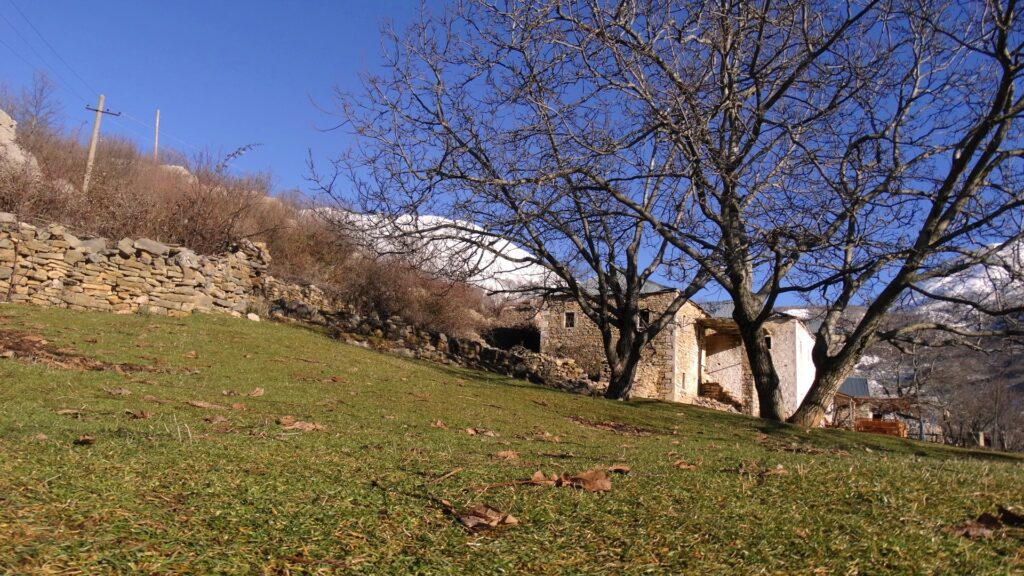 The 20 km from Burrel to Macukull, can be enjoyed through contemplating on the almost virgin nature, thus the tossing around of the motor vehicle, as it climbs the trail in a road without a road, doesn’t seem to bother you so much. After 30 minutes of driving, in front of you, you see a wide valley opening up in front of our eyes, decorated with handsome plateaus, on top of whom, reside the towers, like chess pieces, different yet the same. These majestic towers are so close to one another that they seem as if they were laying on each other’s shoulders, in order to gracefully tell the story of Macukull that starts and ends with the power of unity…
The valley is surrounded by mountain crowns. The ashen peak of Dej is on the east, reaching 2246 m over sea level. The mountain of Dej separates and links together this area through the beauties of Lura.
As you enter the neighborhoods of the village, one thing is obvious. As you walk, you don’t set foot on even one single piece of cobblestone. The village of towers was never paved with cobbled stone. This “absence” doesn’t seem to diminish the grandiosity of the village, but rather accents it even more. The old towers are over 300 years old and stand proud, filled with artistic details, like the gates carved with great finesse.
But now, many towers have been abandoned and have started to ruin. In a neighboring tower of a cousin that has gone abroad, someone has stored their cattle and livestock.

Caves – the treasure that is being stolen

On the road to the village, we encounter a timeless man, who we invite for a ride. He is the shepherd of the area. He knows every inch of this place, unlike any other resident of Macukull.
“Our village has many caves, tells the shepherd.. Many of them are deep and some even dangerous. They say that one of them actually ends all the way in Debar. Some Italians and other foreigners come here only for these caves. They stay for days at a time. Some say that they come for the hidden treasures. Only God knows, he points at the sky. We are his creatures and do not know anything. They also use the children of the area, when the gorge of the cave is too narrow…They always leave with their bags full…” tells the shepherd. 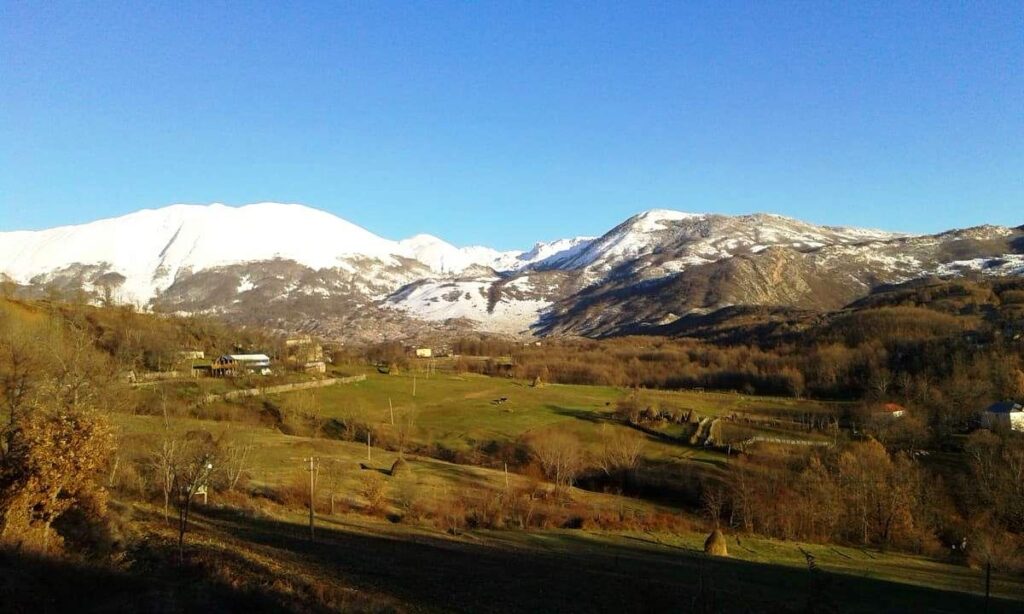 The area is renowned for its characteristic caves, which are considered a mystery that needs to be explored and further discovered by scholars and speleologist, before they are robbed and damaged completely. Even for tourists the exploration of caves would be an attractive attraction. We plan to visit some of them during our next visit, as this time we came underprepared.

Hospitality’s home is in Macukull

The tower is anyone’s house, but first and foremost it is the guest’s home. You can’t understand this unless you have visited at least once in your life, the town of Macukull. It is midday and we ask the shepherd about where we can go to lunch. He raises his shoulders as he’s taken by surprise: “We only have one bar in the center of town, but it only takes orders for weddings or engagements.” Then his face lights up: “You’ll come at my house. I live close to here. We don’t have anything big, but we have tons of dairy and we make our own bread.” He nearly begs us to come and doesn’t seem to want to let go, until we ask for his phone number and make sure we will call him, if we don’t find anywhere to eat. 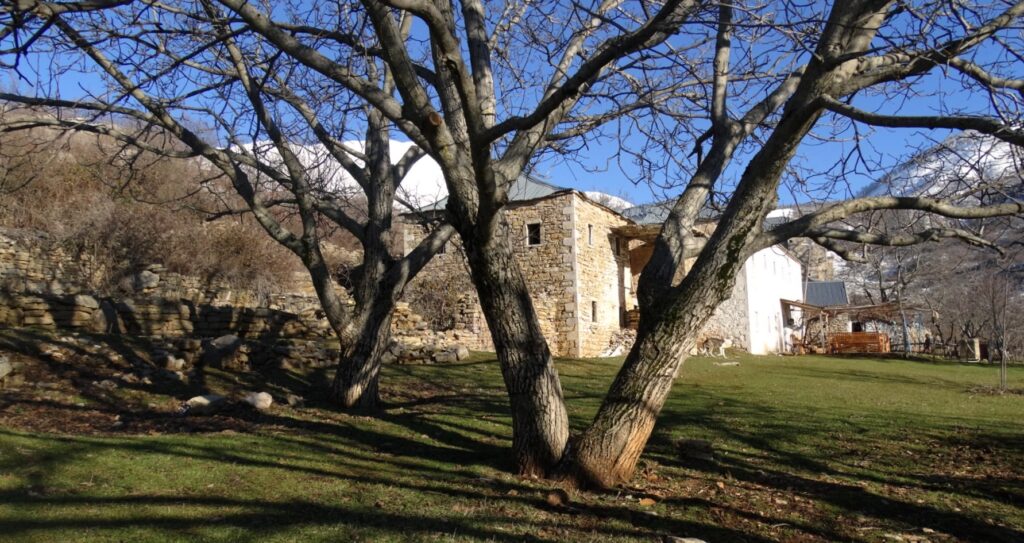 After half an hour, as we walked around the neighborhoods of the village, the car has broken down. But more than bad luck this seems to be a good omen. A young girl about 10 years-old, who was coming back from school, says hello and…after 3 minutes, she comes back with two youngsters and an elderly man. They help us fixing the car and invite us back to their home. Inside, the rest of the family joins us. The neighbors from next door tower house join us, as well. We gather just like in the old times. The lady of the house serves us a drink made with wild berries and dairy, the best we have ever tried. From time to time, she would squeeze my hand and whisper: “It’s so good you stopped by. We are having such a great time.” Even the men express the same delight, but through other, more refrained words.
And, like once upon a time, the conversation sparks with the glory of heroes and events that took place in the region. Residents of Macukull, more than anyone else, have the right to feel proud for what it has done for Albania

Macukulli – the epicenter of the Albanian nation.

Macukull is strongly related to important events of national history. Once upon a time, there was here the Church of St. Trinity, where bishop Pal Engjëll wrote, “The Formula of Baptism”, the first document written in Albanian. Visitors can still see the ruins of the church in the Dasnjane district.
A little bit further from the ruins of the church, after the gorge of Varosh, you can visit the Castle of Kastriots (Stelushk), where to this day there remains a kinsman from Kastrioti family. There is also an ancient tomb, known as the “Tomb of Vojsava”. 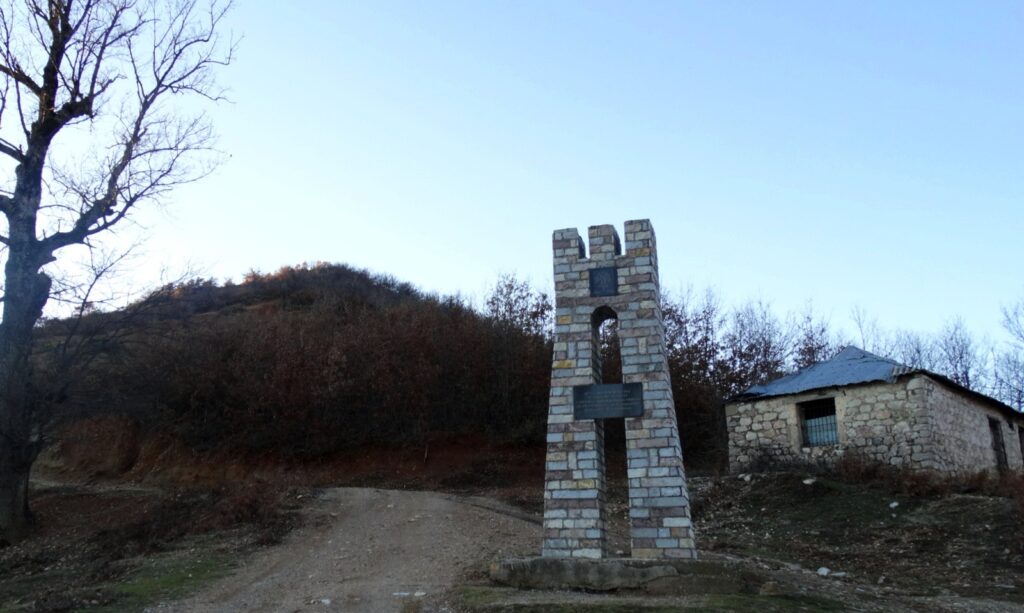 Mr. Stadtmyller and Eqerem Çabej not only defined this region as the origin of Kastrioti family, but also called it the “epicenter of Albanian nation”, as it was here that many national assemblies took place. One was held in 1601, with 2656 delegates coming from 14 Arber provinces.
Enthusiasts of historical tourism can also visit the Tombs of Kastriots, the Well of Kastriots, and the Fields of Kastriots among others.

The great forgotten one

The village “planted” with tower houses, which offers a panorama that takes your breath away, has a potential of becoming a place offering natural, ethno-cultural and historical tourism. Nonetheless, until now, this area “sleeps” in forgetfulness. Macukull, in fact, hasn’t even been included in the list of 100 touristic villages.
What does a town like this, have more to offer?