KANINA CASTLE AND HER STORIES WITH PRINCES AND PRINCESSES

TRAVELLING THROUGH ROYAL STORIES: FROM PRINCESS RUGINA TO DONIKA KASTRIOTI

Castles are objects of cultural inheritance built during antiquity and medieval times. Our country, Albania, has numerous castles that represent a precious historical and cultural legacy. Each one of them contains stories of different events that happened once upon a time. The legendary tales of Rozafa, Argjiro, or even more recent ones like that of Vasiliqi of Ali Pasha are famous to this day. The one Albanian castle that overflows with stories akin to Shakespearean tragedies is Kanina.
One October day, we decided to get closer to this centuries-old object and we took leave from Vlora. Driving uphill took us into an impressive circuitous path that is lined by olive and fruit trees. The smooth turns are accompanied by sights of the sea, a faithful companion of the castle. When we reached the top, we were convinced that this object was inextricably intertwined with the sea since its genesis. 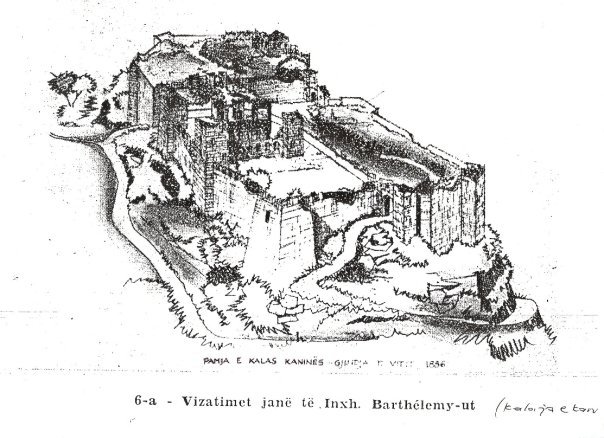 Once there, the fortress dominates with its grandiosity. The high walls are preserved along their entire length and the horizon is clearly visible from all sides. To the east, there is the lower valley of Shushica known by the locals as “the River of Vlora.” To the north, hill ranges of Kuzum Baba and Babica; to the south there is Shashica, Lungara, and Çika; and when you turn west there is Vlora coast overlooking Sazan and Karaburun.
To quench reader’s scientific curiosity, Kanina castle is erected uphill at 380 m height in the southeastern direction of Vlora. Archeologists have deemed it a fortress with protective character that served the Amanti principality since antiquity. The land surface takes up 3.5hectares and is surrounded by walls built during different periods therefore with a mix of styles and techniques. The castle could shelter a considerable number of people and objects. The castle’s function was to protect Vlora coast, the coastal plains and the lower valley of Shushica River. It played this role until the last century, when the last military division of Albanian army took leave.
The history tells about many renowned names of medieval empires that have carried on their activities in this fortress. Such were Robert Guiskardi, a famous knight from the west; Bohemond I, a leader of the First Crusade; princes of Despotate of Epirus; the Neapolitan admiral Filip Kinardi; Prince Jovan Komnen Asenin, and his predecessor Aleksandri; the first figure of Kastrioti dynasty, Prince Balsha II and his wife Komita Muzaka, who lived in Kanina; Princess Rugina or Gjegju Sinan Pasha, the first nobility line of Vloraj dynasty.
Kanina castle tells many stories of Princess Rugina Balsha. “Her Legend” has been commemorated in traditional folk songs and fine literature. After failing to protect the castle against Venetians, Rugina was exiled. It was a dark night when she abandoned the castle and took for the Shashica bank heading to Himara; she ended up in Corfu, where she died in desperation.
The most ubiquitous name of Kanina characters is undoubtedly Donika Arianiti, the daughter of Prince Gjergj Arianiti, a war hero of anti-Ottoman resistance during the 15th Century. The history alludes that her wedding day was celebrated in this castle. The folk memory tells stories that locate the nuptial ceremony between Donika and Skanderbeg in Kanina. One of them tells that: “During the wedding day Himara captains came bearing gifts for the couple. They escorted the bride until the city of Kruja. ” 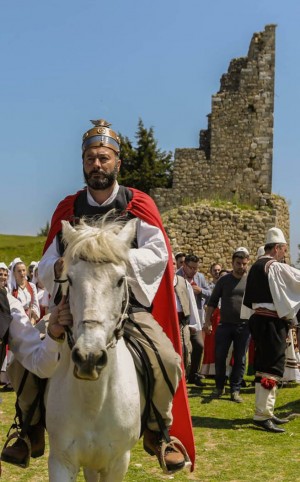 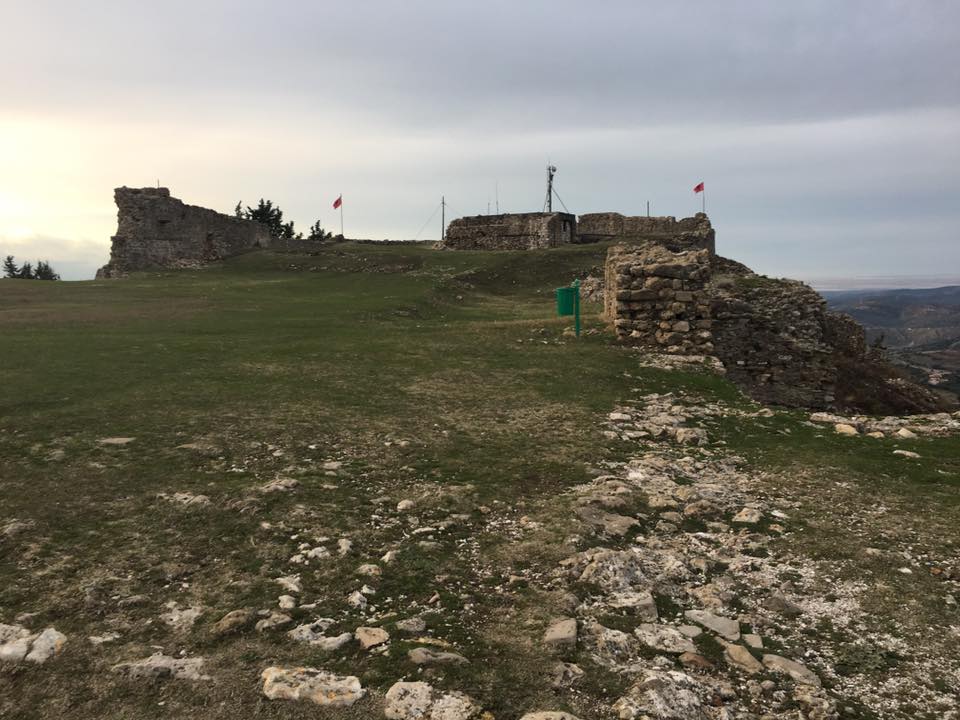 To recall this historical day, in April this year, at a time that matches real events, a cultural activity was organized in the grave castle of Kanina. “Skanderbeg Wedding Day” was a simulation where the royal couple was played by two young Arbëresh, who exchanged their vows just like Donika and Skanderbeg did centuries ago.
So history repeating, the castle of Kanina is, to this day, a preferred destination for tourists seeking to learn about culture and history in Vlora. A local proverb says that “Vlora cannot be understood without Kanina and vice-versa”. Naturally, this article describes this trip that was a “spark” to write these lines that serve to enrich the “touristic passport” of this culture monument.
Tweet