From Korça to Kolonja, savoring the unique and noble flavors

Home » Wonders » Food » From Korça to Kolonja, savoring the unique and noble flavors

As we have gather the most recent impressions on our latest published guide on Korça, a voluminous work which took nine months to complete, we are now ready to make a few suggestions. The areas of Korça and Kolonja have a rich culinary tradition that even a weeklong tour would not suffice to savor all the wonderful dishes particular of the area. Since it would be a challenge to list all recommendations, we will stop at some not-to-be-missed places along the 44km distance journey from Korça to Kolonja. 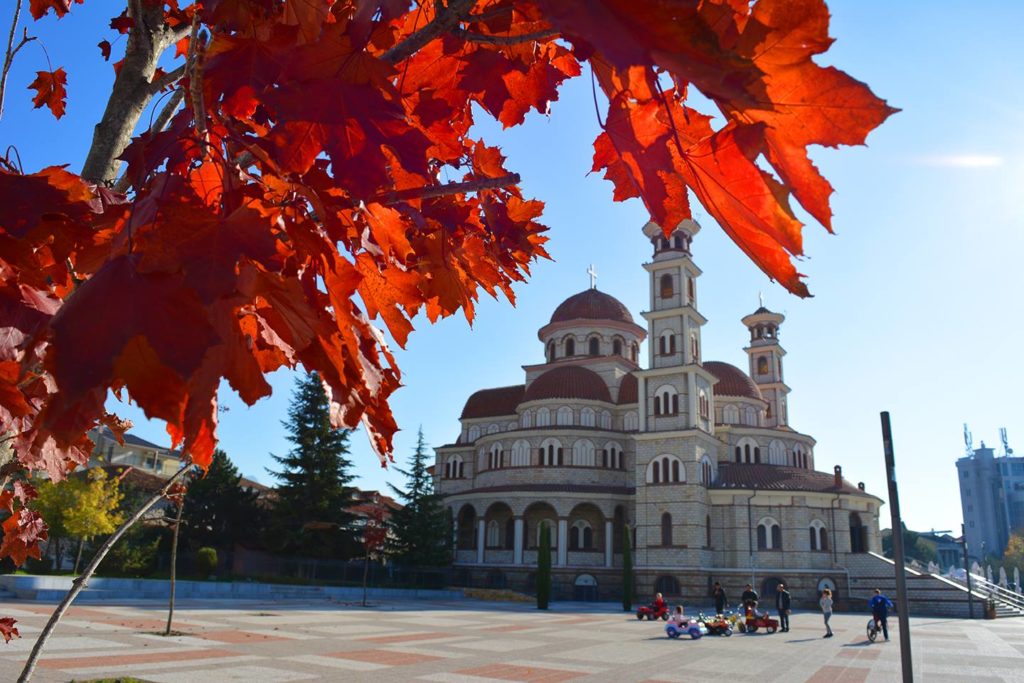 You can reach Korça from wherever you are and we will not waste time explaining how to get there and what to do once you arrive. Naturally, the first stop should be the old bazaar, or the “it” destination in Korça. Supposing that is early in the day start off with a coffee or tea at Cozy Tea & Spice House. The menu list offers local herbal teas and traditional and sophisticated breakfasts.

A taste of the medieval in the old Bazaar
You should not miss Hani i Pazarit, which used to serve as a lodging stop for numerous trading caravans, today it is a luxurious hotel. Right after the inauguration day, this boutique hotel became the tourists’ first choice and also a center for cultural and artistic events and the meeting place for local and foreign personalities. Hani i Pazarit is not only a classy hotel but also a place where the local Korça cuisine becomes an art served in the most beautiful of atmospheres. After, you can of course wonder around the bazaar to admire its wonderful architecture, which even though restored in 2015, it still takes you deep into the Middle Ages at a time when shops and lodgings were built with wood, iron and pebble. Then, return for a glass of berries’ rakia at Komiteti Kafe Muzeum. This is not only a cafe place but also a museum space and an art temple with hundred-years-old Albanian objects. It offers the largest collection of rakia, the household beverage of Albania. Our suggestion for you is certainly the rakia made of berries. 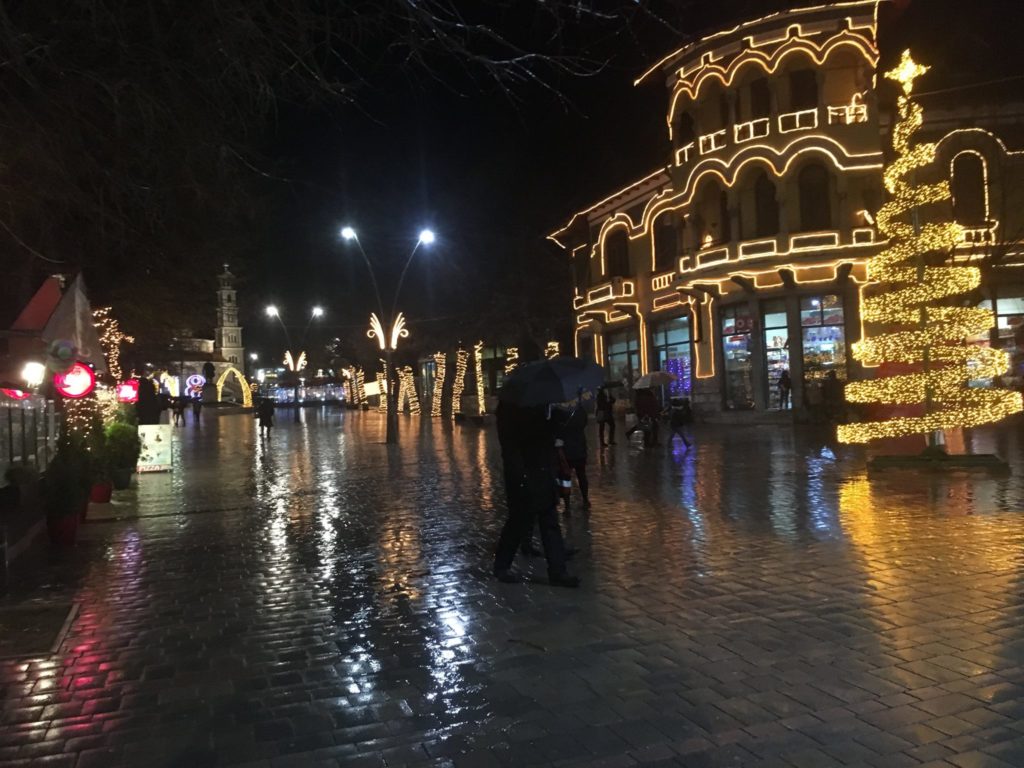 Korça Boulevard has an immense beauty
Korça has an abundant and perennial beauty and even though we constantly feature articles showing how the city changes and improves, in the end it remains the same. A little stroll in “Shën Gjergji” Boulevard or the pedestrian road would suffice to take in some of its noble air. The area was revamped after being renovated by Albanian-American Foundation’s generous investment. Take your time to walk along the pedestrian way, stopping at museums (the museum of Education or “Gjon Mili” museum of photography), visit the cathedral of “Resurrection of Jesus Christ” and finally if you have the time do sit for a coffee. The bars along the pedestrian walk offer great coffees, and Dajana confectionaryoffers scrumptious artisanal cakes. You can decide where to take you lunch. Chris House offers a menu of traditional beans cooked in clay tray, a nice glass of wine, roasted meats, salads and pickles. “Pazari i Vjetër” tavern or any other tavern in the bazaar square offer a traditional menu. This is lunch, while dinner is best enjoyed at Vila Cofiel. This beautiful villa is typical of Korça and it is a great place to have dinner. It is also a temple of gastronomy with dishes and plates served as works of art. The owners of the place have perfected their cooking mastery.
If you haven’t tasted the local dinner accompanied by the music of live serenades, at Vila Cofiel, it is as if you were never in Korça. At least, this is what they say. You just go and see for yourself. We don’t know another place where you can order piglets’ thigh with beer and mustard. Make sure to reserve your tables beforehand. Choose any hotel for your accommodation. More specific suggestions are offered at Korça Guide which was just published recently and available on the market.
The intoxicating scents of Kolonja
We often mix it up with Korça as it is compares in beauty, cleanliness, healthy air, distinctive civility, scrumptious dishes and the noble veil that covers the small and fresh city of Erseka and many other characteristic villages. Kolonja doesn’t accept this and rightly so. It has its own unique identity carved into many indicators, its people and the details of daily life. Many Albanian personalities were born in Kolonja, such were Fan Noli and Faik Konica. So, it is easy to comprehend the intellectual and cultural baggage of the area. The music of Kolonja is made of sweet tonalities and it has surpassed the limits of the region standing out from the rest. But, we will stop at culinary, since we have decided to reveal the journey through food.
We have brought you to Kolonja to taste the lakror made of corn or pacarok as the locals call this type of baked savory pastry. The list is long with double-layered lakror, baked-layers pies or burek, multi-layered battercakes, filled pastries, walnut-filled chicken, kukurec prepared knitted lamb chitterlings and tripe, kolloface Albanian sausage made of pig or lamb, pispili corn-baked bread, wild hare, baklava, brushtull walnut-covered pastries, winter edibles, roshnica typical dish prepared with chicken, sweet or savory trahana, sweet-smelling apples and other fruits that are made into jams and gliko. Fruits are often dried and baked and enjoyed by the hearth fire with a drink from the local rakia. 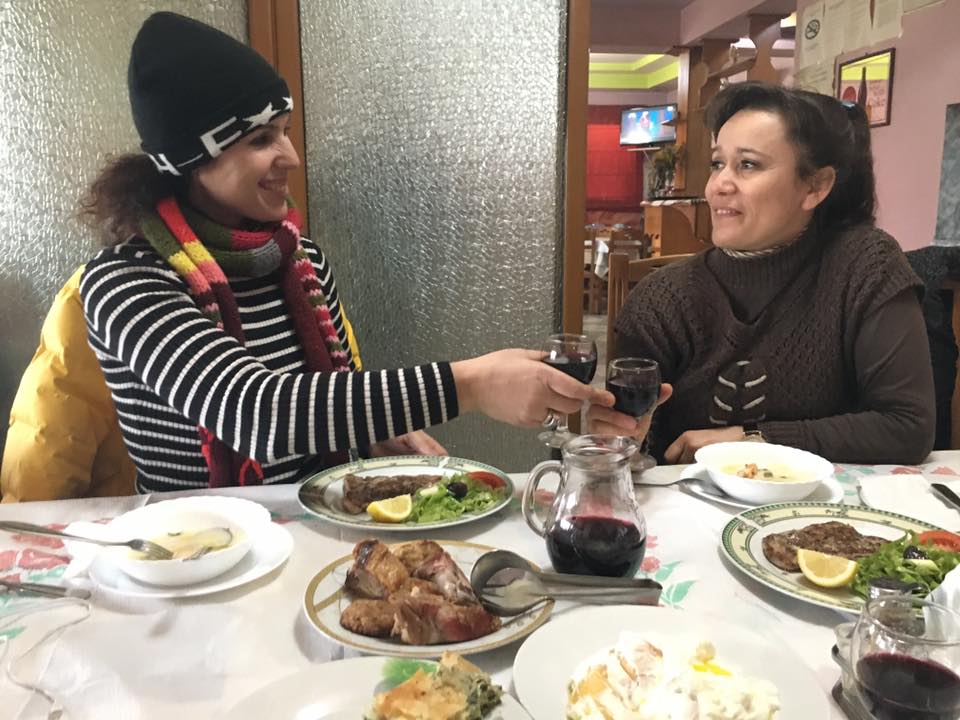 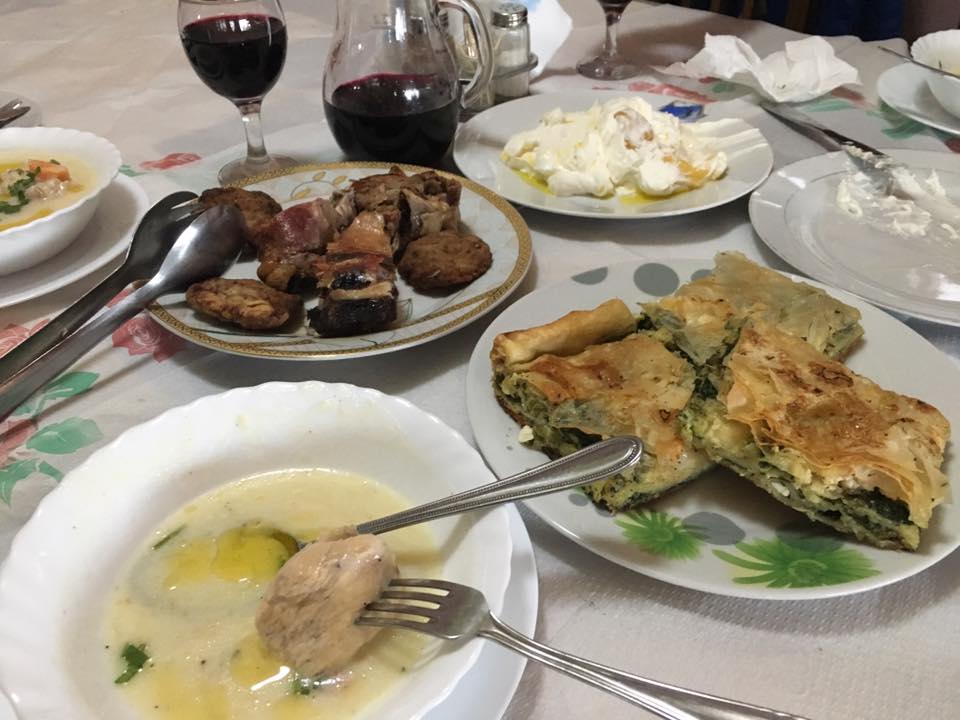 The best place to taste this is by Luli and Maqo’s place! “Inxhujo” restaurant placed right at the entrance of Erseka is awaiting your visit. The cooked dishes are a real treat and the golden couple offers a topnotch hospitality for friends who knock at their door whenever they venture to Erseka. They were trained in culinary trades since youth and now they have become master chefs in Kolonja’s gastronomy. They transform old recipes in authentic menu options. Staying at Inxhujo Restaurant offers not only culinary delicacies but also excellent human traits of humbleness and noblesse and a rare experience and after taste. 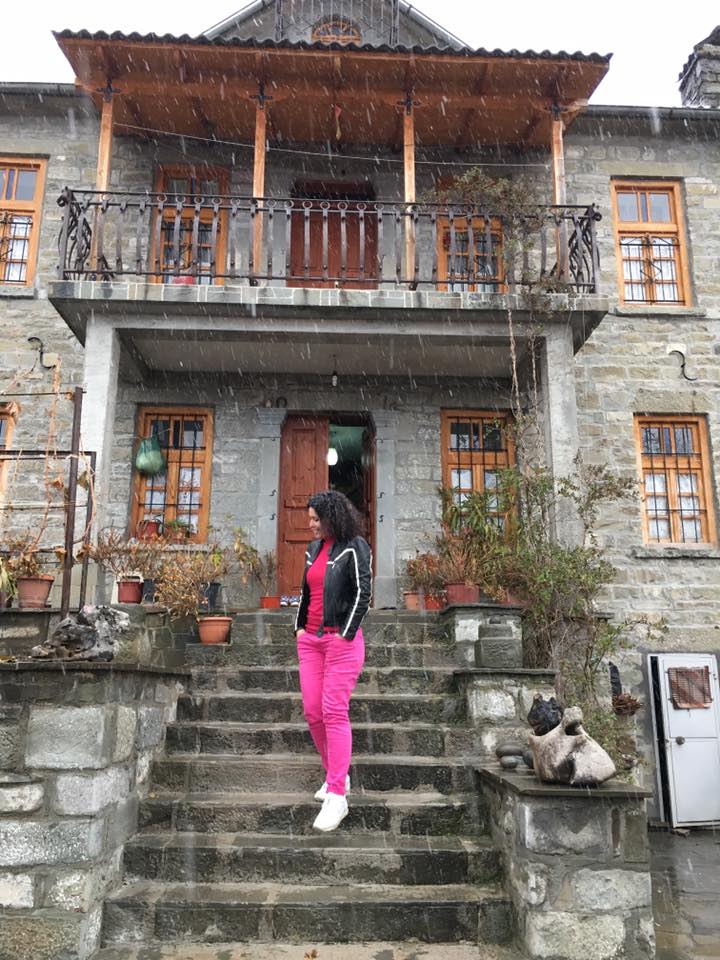 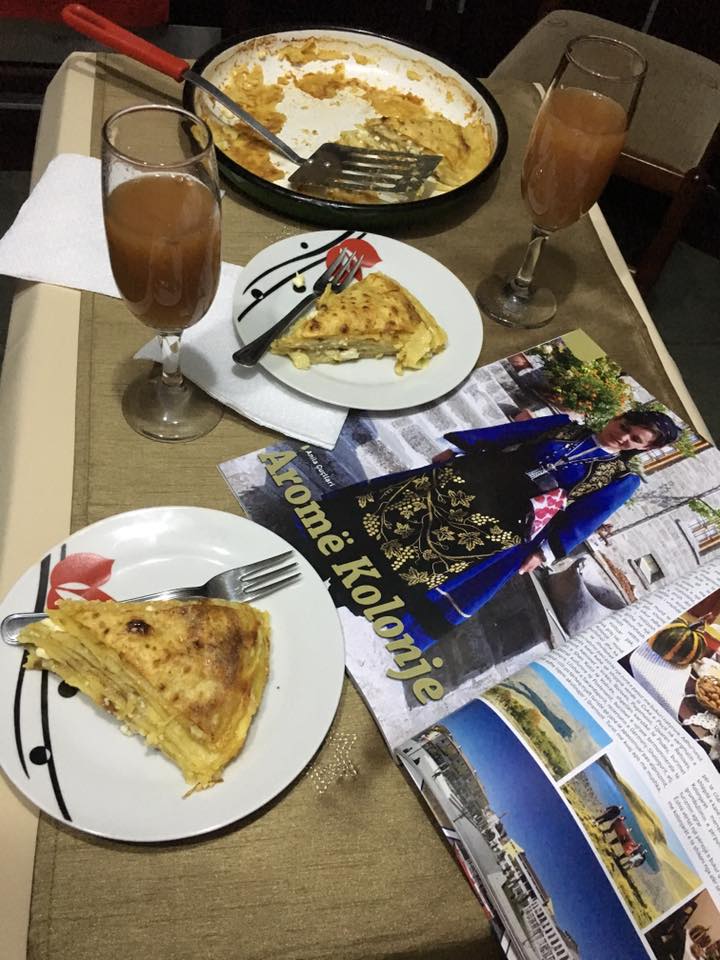 A Little Rehova full of surprises
It makes no sense coming to Kolonja and skipping Rehova, the most beautiful village in Kolonja a place that tourists from all over the world, but especially French have fallen in love with. This is an authentic place with an abundant history and people who are generous and highly civilized. Many famous people call this village their home, a place that still lives in a surreal fashion akin to the medieval centuries. Houses built with stones, roads paved with cobbles, churches placed right in the center and the village’s exit, nicely carved fountains, and the elderly women who come about serenely in the stony roads…a place taken from fairytales!
Our friend, Anila Çuçllari, accompanied us to Rehova. She is from the area and she is well versed in the area’s tourism. She often accompanies friends and tourists to the paths of Gramozi and the impressive villages of Kolonja. In order to grab from the best of the village’s hospitality and flavors the first stop was at Thomollari Family, the family of Doctor Vangjeli and his wife Nikoleta. This grandiose house of Rehova is the best way to become acquainted with the traditions of the village, the impressive hospitality, the local dishes only found here, and especially the beautiful spirit of these welcoming people. 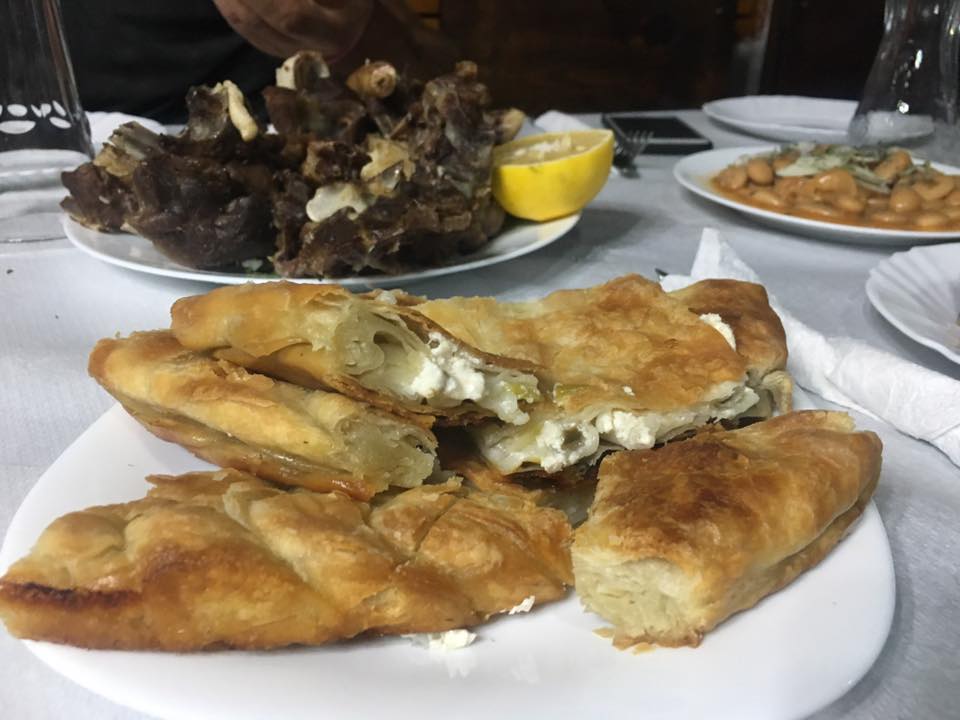 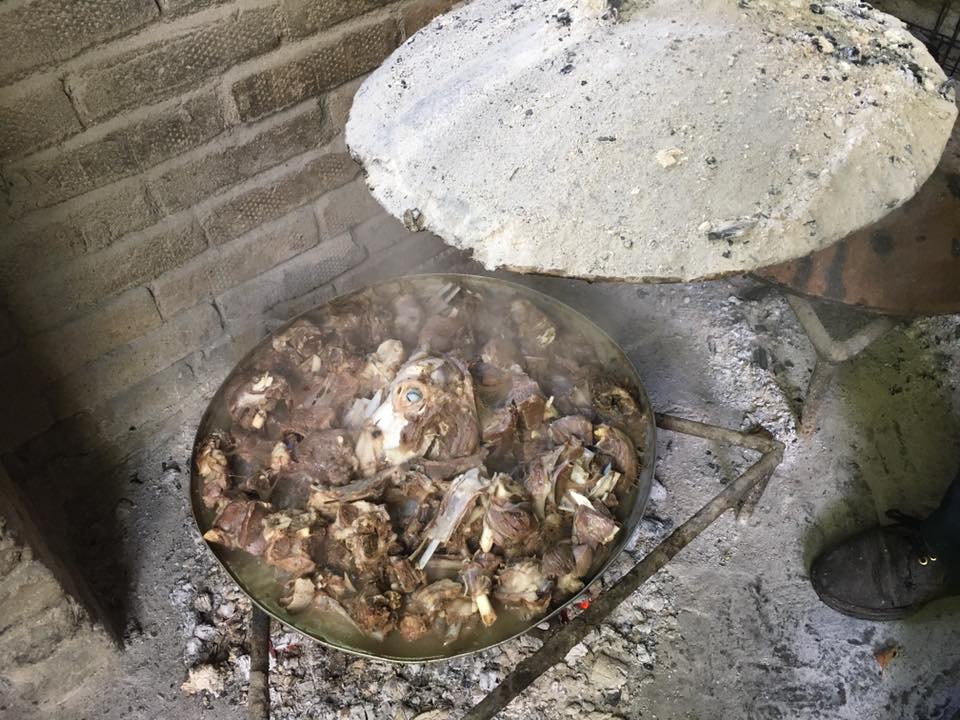 A taste of pure Albanian agrotourism at Sotira Farm
To conclude this tour abundant in culture and culinary, when in front of your eyes there are the cobbled streets of Korça dancing, the mouthwatering flavors of dishes, the clinking of rakia glasses, or the ear pleasing sound of music playing, it is time to fill our lungs with oxygen, too. Let’s depart to Leskovik, or better still through Gërmenj-Shelegur, a place with fresh air, boundless nature, wooden-built houses, cattle, sheep and lamb herds, ducks and geese, water bodies resided by trout, and the unique scents wafting from the village’s kitchens, from the meat roasted under the saç and various oven-baked casseroles. Let’s run free in the valleys where daisies grow and horses graze, while Jonida prepares lunch. Lunch which is not ready served but that takes some time to cook, as the home grown chickens must be chopped and prepared accordingly, cabbages and tomatoes must be picked from the garden, and the milk must be fermented to make yoghurt, and pastries handmade and the fruits handpicked. Sotira Farm offers strictly fresh organic food. 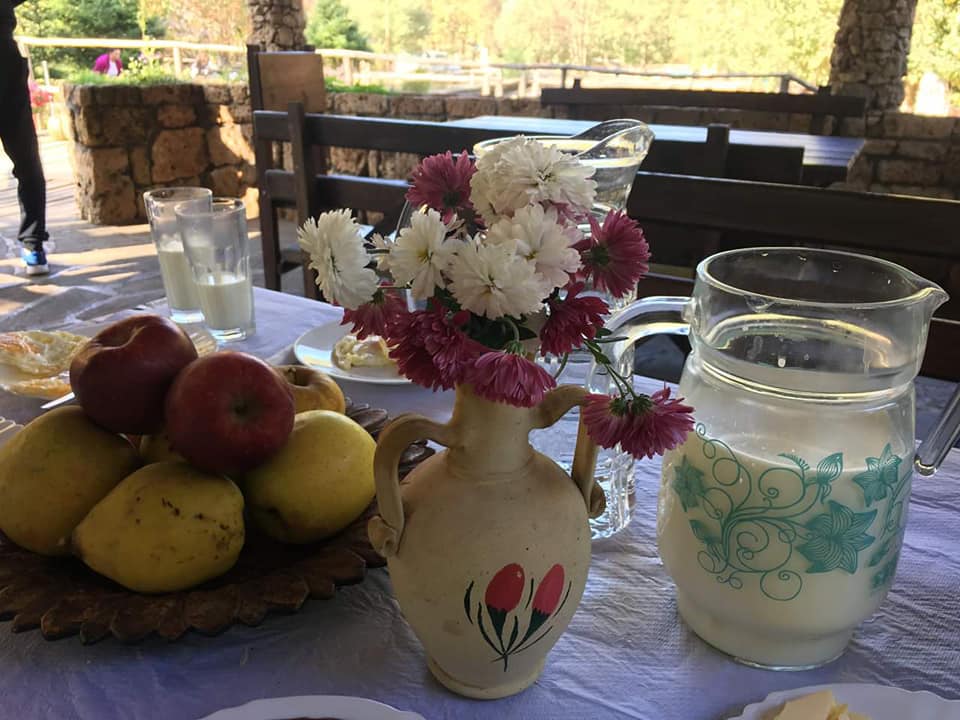