Boka Kotorska or the Bay of Kotor, the alpine gorge of Balkan coast

Home » Wonders » Boka Kotorska or the Bay of Kotor, the alpine gorge of Balkan coast

When that time of the year comes to submit the USA immigration application, you ask yourself “why not?” and then Europe comes to mind, and some of its enticing destinations which are yet to be discovered. In a matter of minutes, you become more practical and consider the Balkans. Robust and “resourceful.” That’s it; you found your “lodgings!” This time around your ticket is booked to some beautiful beaches in the Kotor gorge. 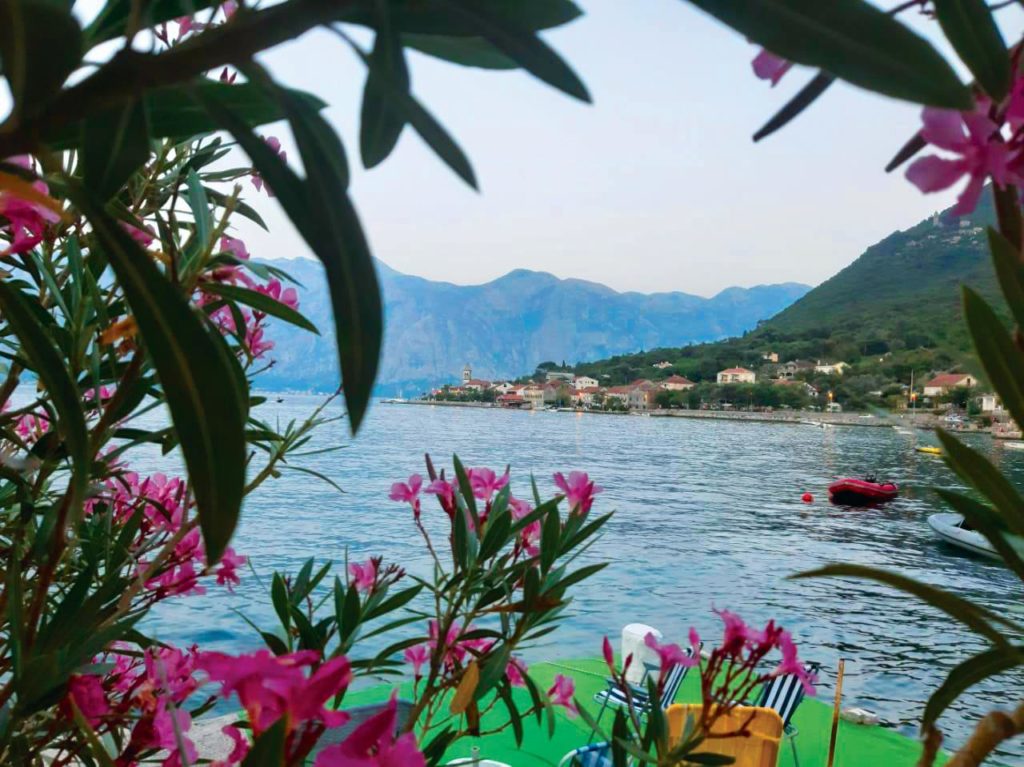 Located in the Dalmatian southern shores of the Adriatic Sea in Montenegro and comprised of valleys and fiords intertwining into the depths of the earth, we may consider it without fright, one of the most beautiful natural ports in the Mediterranean. From the viewpoint of a painter, it resembles the landscape of the alpine lakes, meanwhile, for its historical and strategic significance, it is valuable to mention that it is a human heritage under UNESCO.
Kotor (where the name was derived from), Tivat and Perast are some of the most preferred destinations.

I know! We need important themes to feel “strong.” As Albanians and specialists of politics and economics, we discuss only major and heroic topics. 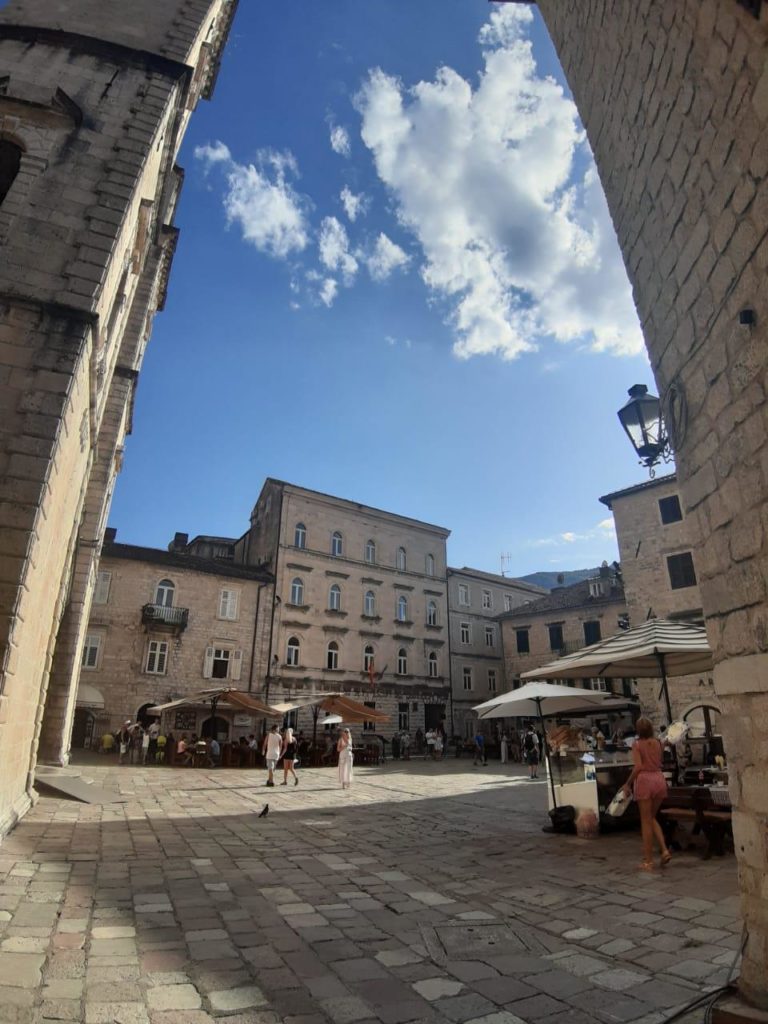 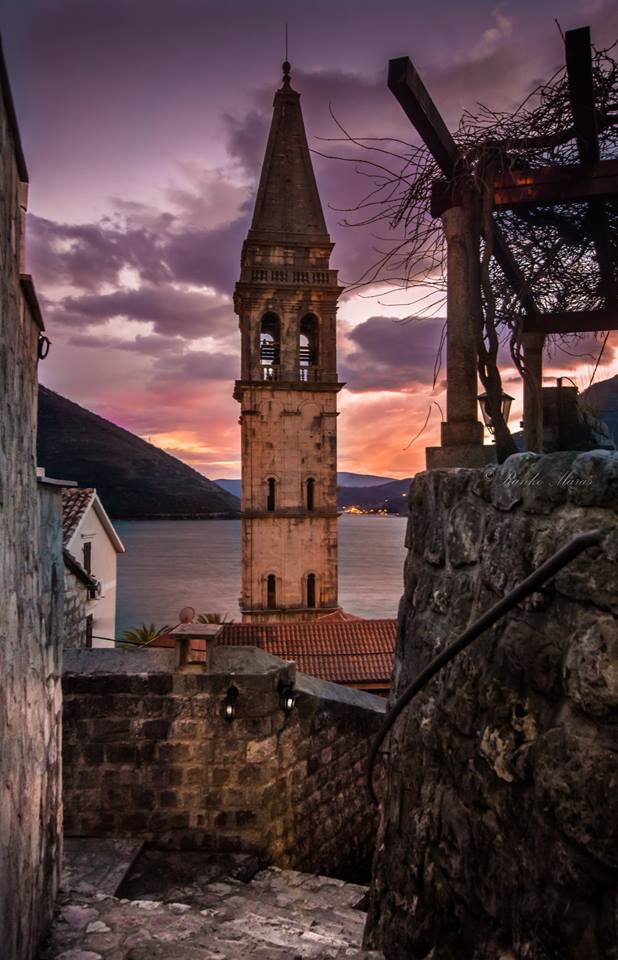 What do you think, should we start from these?!
In fact, autumn is the season when we come to our senses, and we assume the part of “the existentialist” and are content when fondled by a few sun rays, feel privileged and even declare oneself a poet.
Thus, we write our scripts in autumns and start shooting the scenes in summer.
As for me, start filming whenever suits you, but before setting off for the opportunity-filled USA or simply before grabbing the ala Lupen offers of tourist agencies, keep one eye on the Balkans.
It seems so small and humble, but it still contains many panoramic and irresistible stations.

The bus for simple people departs daily charging inexpensive prices.
12 Euro per person is a rather inviting price…
With this “pompous” pocket, we are setting off to the largest shoreline in the Adriatic Sea, in Boka Kotorska (the gorge of Kotor). And since we took to investigate those underrated but rather zesty areas, those overlooked but strangely impressive destinations; those “natural Cinderellas” of the Balkans who have been cast away as anonymous, it is still of worth to move a little bit further. By the coastal village of Donji Stoliv, 9.5 km away from Kotor, there lays a long shoreline that is rendered complete in one side with stone-built houses, constructed under the shade of olive and chestnut trees and on the other side, there is the emerald panorama of the beach. The obedient sea waves invoke some sort of whisper, an idyllic mist, a chemical frequency that lasts for one kiss. That’s it. Kisses are short-lived since they take up time…

Since 1979, this place and the Gorge of Kotor were listed under UNSECO world heritage and it is not by chance that today you can currently meet tourists from all over the world. The afternoon becomes a romantic theater in this attractive harbor. The small balcony-like angles or private verandas grant you with an alibi for meditation, poetry and even artistic selfies. And wait, it does not finish here: 250 meters, the somber coastal town of Perasti unfolds in front of us. It is small and luxurious, it has a church and modern places, mini-paths and a multiplicity of stairs, two little islands, and it is filled with intrigue and admiration. Hop on a boat-taxi, and the place is 10 minutes away. Tivat and Kotor are the other two coaxing borders in this area. With just 1 Euro per ticket, we may choose to go to Tivat or Kotor. Whatever we chose, we would be accomplished and spoiled with beauty. 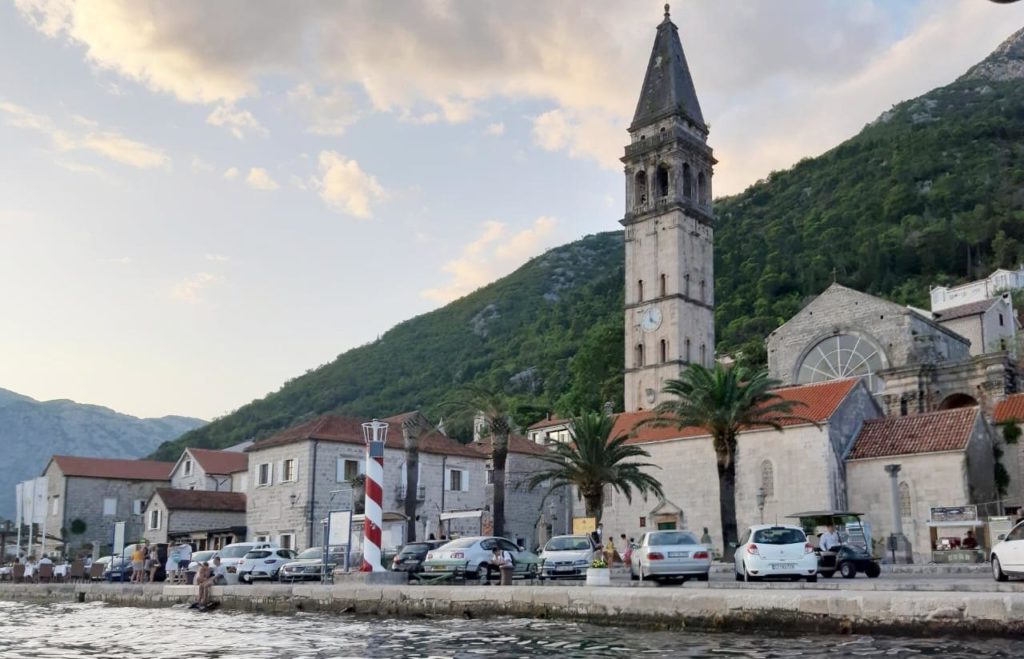 As for Perast, even though it counts approx 360 inhabitants, especially during the summer, it becomes an oasis of a conglomeration of many cultures and languages from around the world. Foreign tourists want to visit the two little islands of Perast (one of them is among the few artificial islands in the Adriatic Sea, Skrpjela). Moreover, this wonderful town stupefies its visitors with baroque buildings which take us back in history, in the time of the Venetian Republic, which may have stuck its nose into everything, but has left astounding landmarks nonetheless, in this place which during 1420-1797 was under the Venetian Rule. At that time, the “lady” flourished with four shipyards, counted a fleet of one hundred vessels, and 1700 inhabitants. 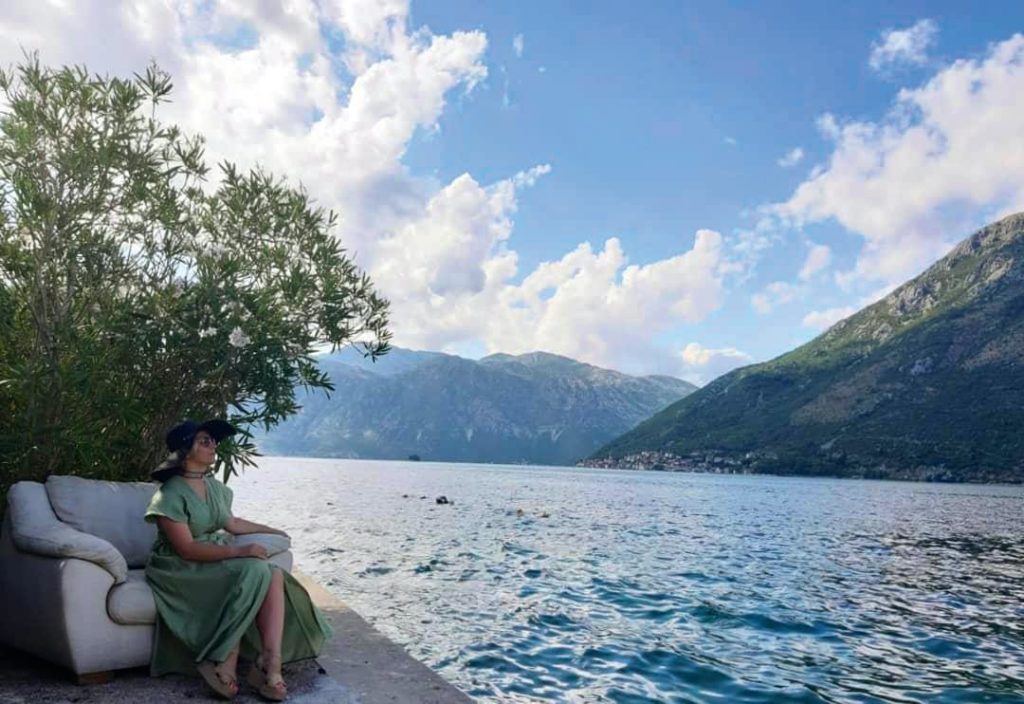 Another interesting fact to underline is that despite the small geographical area, there are 16 churches and people who are quite active in their faith and pilgrimage.

Admittedly, the time of urban legends has come to pass. Surely, politics and economy are never out of fashion: by adopting the politics of the traveler and the economy of the Albanian, there is still the possibility to lead unique vacations. It is sufficient to dig a little deeper and to remain adamantly modest. I will not give you parsimonious suggestions as regards your Instagram photos, brag as long as you like until summer )of a glass of wine if you wish). comes knocking again if that pleases you.