Kosovo may be visited by Albanian tourists only during the winter, for its ski slopes in Brezovica and Rugova or for a quick stop to Prishtina and Prizren. But this is quite wrong, because Kosovo is a rich destination with all its colors that can be visited and enrich your travel experiences in every season and every city. Here we are giving you a bouquet of places to see and visit in its three most famous cities, promising you that we will bring you lots of other places to go in the future. 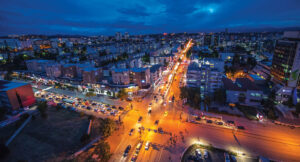 Prishtina, the capital of Kosovo, offers many attractions and activities to do and one day is not enough to get to know this city closely.
The walk through the old part of the city includes several points of interest: the Museum of Kosovo, the Old Bazaar, the Stone Mosque, the Jashar Pasha Mosque, the Clock Tower, the Great Sultan Mehmet Fatih Mosque, the Hammam and the Ethnological Museum of Kosovo. 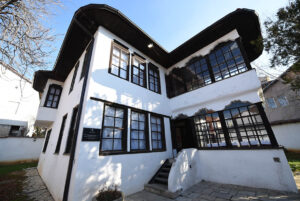 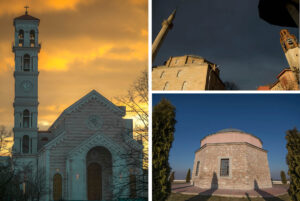 Mother Teresa Boulevard incites you to get into the life and spirit of the city. There one encounters the statue of President Ibrahim Rugova and the statue of Skanderbeg in front of the Government building. Behind this building is the so-called Monument of Brotherhood-Union from the time of the former Yugoslavia. Opposite the Palace of Youth is the iconic symbol of Prishtina the “Newborn” and the Heroine Monument. 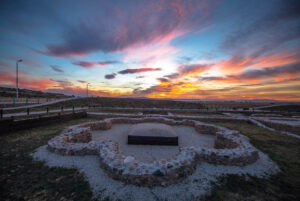 Further, the walk through Prishtina continues to the Cathedral of Mother Teresa where visitors can climb up and from there see the whole city, the University Campus, the National Library and the National Gallery of Arts.
It can be said that the building of the National Library is one of the objects with the most interesting architecture and one of the most photographed in the city. Seen from above it has a hive-like appearance, with which the architect wanted to demonstrate the hives of knowledge.

After this walk through Prishtina, visitors often continue to the Ulpiana Archaeological Park, about 12 kilometers away from the city. These ruins of the ancient city, since Roman times lie in the middle of a wide plain. For the lovers of spiritual heritage, they can visit the Graçanica Monastery nearby. To enjoy the day in the wild, visitors can continue a few miles to the Bear Sanctuary for a nature walk and to see the rescued bears up close. Bear Sanctuary is also an environmental education center for children, offering games and educational activities as well as a restaurant with local and traditional dishes.

Peja is the nature walks destination of Kosovo. There are the most prominent natural areas, which have included the whole Kosovo in the list of the natural attractions in the Balkans. Visitors can spend several days enjoying the beauties of this area. A walk in the Drini i Bardhë (White Drin) Waterfall, where this river originates, is combined with a visit to the Cave of the “Sleeping Beauty”.
In the direction of Rugova Gorge, there are many tourist spots to stop and activities to do. The lakes of Rugova are of a stunning alpine beauty. 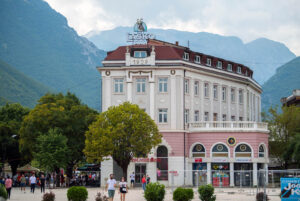 The Patriarchate of Peja is one of the objects protected by UNESCO where visitors can get acquainted with this part of the spiritual heritage of the country. From the Patriarchate the movement continues along the Rugova Gorge to reach the point from where adrenaline-fueled visitors can experience the thrill of “flying” through a 640 meter long Zipline and then test themselves by climbing the Via Ferrata. 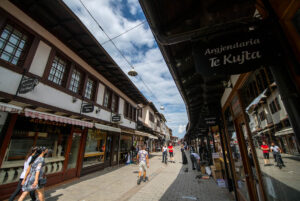 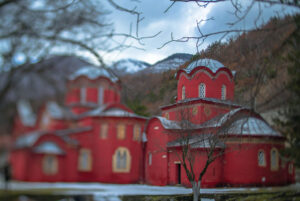 Further the road leads to the picturesque villages of Drelaj, Reke e Allages, Shkreli e Boga where there are dozens of inns and where visitorscan enjoy the traditional hospitality.
Inside the city of Peja, visitors can take a relaxing walk through the Old Bazaar where craftsmen work the “plisi” or “qeleshe” (the fez) with old techniques. Here are the workshops of the famous masters of filigree and gold work. 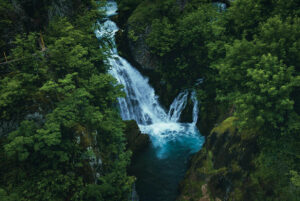 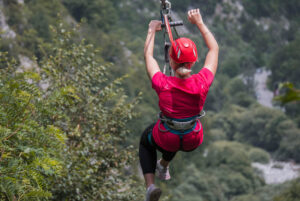 Only two kilometers from the center of Peja is situated the Adventure Park. In this tourist attraction, visitors of all ages can experience physical strength at different levels of climbing through platforms with wood and ropes installed in nature or see the whole of Peja aerial view from the 15-meter-high roller coaster. The restaurant with traditional food offers the deserved relax for all! 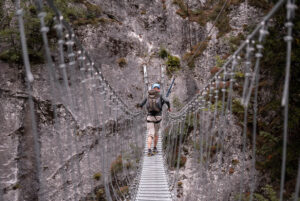 Prizren is known as the city with the greatest cultural diversity and identity of Kosovo, it is the city that many civilizations have come together and have formed its unique character over the centuries. 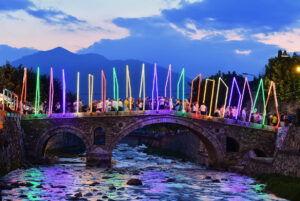 A Walking tour in the city is suggested. The walk starts from the meeting point at the Stone Bridge, when a presentation is made for Prizren, summarized in the historical school and the characteristics of the city, such as: local languages, religious harmony and cultural diversity. The first stop is at the Catholic Church Helping Lady. Continue through Fountain Square. 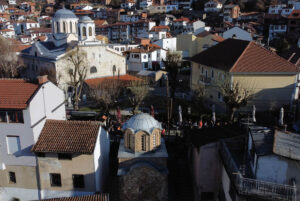 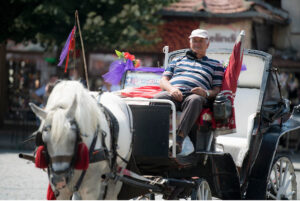 We stop at the St. George Orthodox Church and the two small chapels. The next stop is at the Fountain Source and then in the Mosque of Sinan Pasha. It then moves on to a modern historic center that features a period and development in the city during the second half of a century. XX. Then continue to the Marash Complex, to head to the Complex of the Albanian League of Prizren. Next is the Hammam of Gazi Mehmed Pasha, Helveti Tekke, the Smiths street and the last stop at Kino Lumbardh. 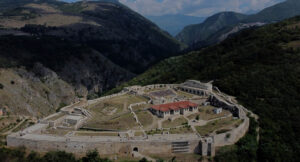 In cases where there is cultural activity in Kino Lumbardh, you can stop and set together with visitors. This is one of the half-day itineraries, which is most often requested by visitors, but depending on their time and interest, can also be visited Prizren Castle, or the Archaeological Museum with Clock Tower and the Church of St. Friday, or any of locations used in Prizren.
In addition to the natural itineraries, Prizren also offers outdoor entertainment: cycling, kayaking or climbing through the Via Ferrata “Panorama” and paragliding. The national Park of Sharri Mountain is a powerful “spending time” for nature lovers.